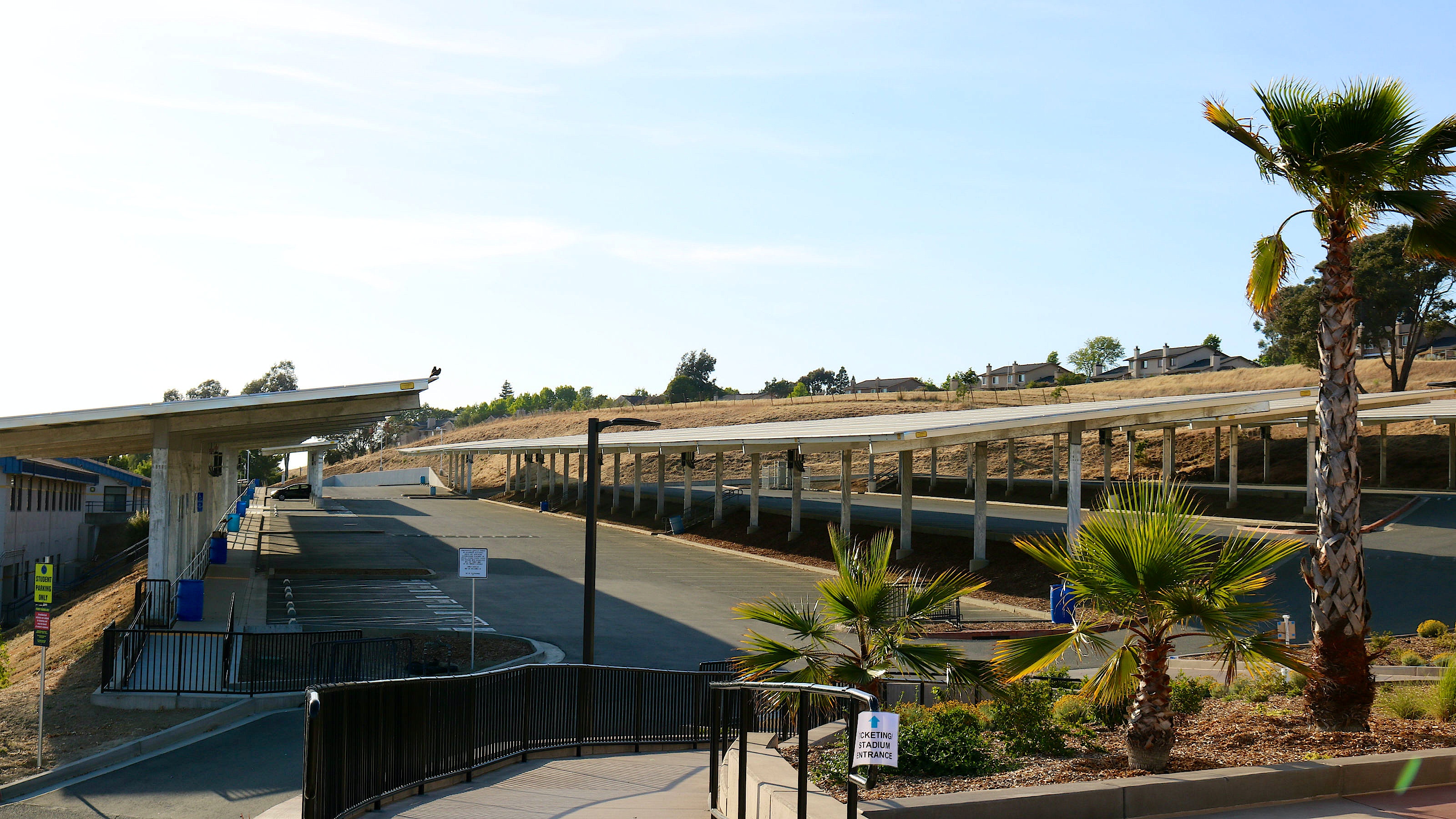 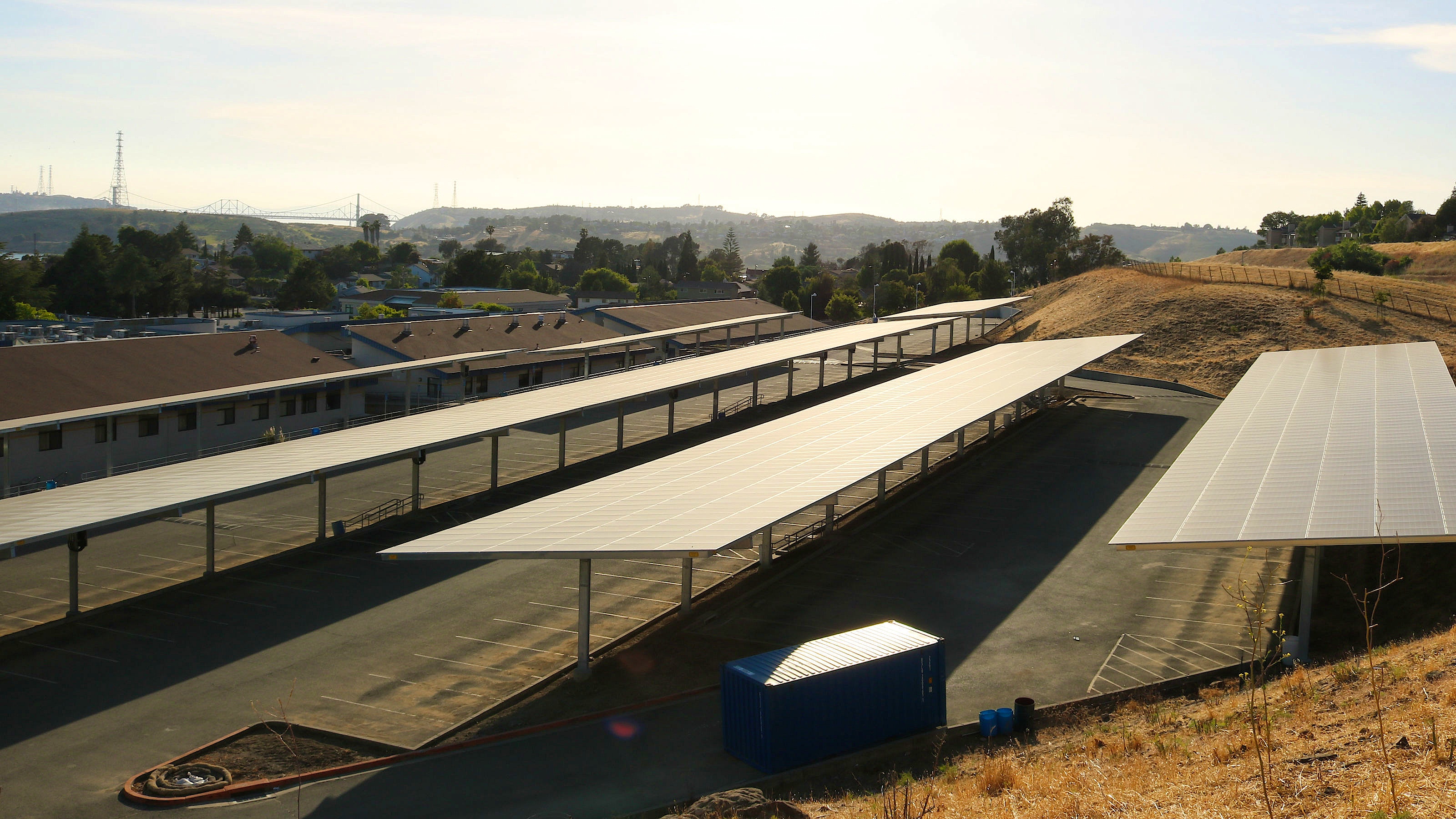 Borrego Solar designed and built solar carports at four schools within the Benicia Unified School District. These solar shade structures utilized existing space in school parking lots and playgrounds to generate solar energy that will save the district in energy costs.

One of the solar support structures in the system measures 485 feet, the longest of any installed by Borrego to date.

In addition to turning the parking lots into a clean energy source, the solar carports provide the added benefit of shading parking spaces. As part of the installation, Borrego upgraded parking lot lighting to make it more energy efficient.

The project is expected to produce 2,277,290 kilowatt hours of energy annually, which is roughly the same amount of electricity needed to power 256 average homes in a year.

The project will offset nearly 1,695 metric tons of carbon dioxide equivalents annually, which is equivalent to removing 363 cars from the road in a year. This is the same amount of carbon sequestered as planting 43,900 trees annually.