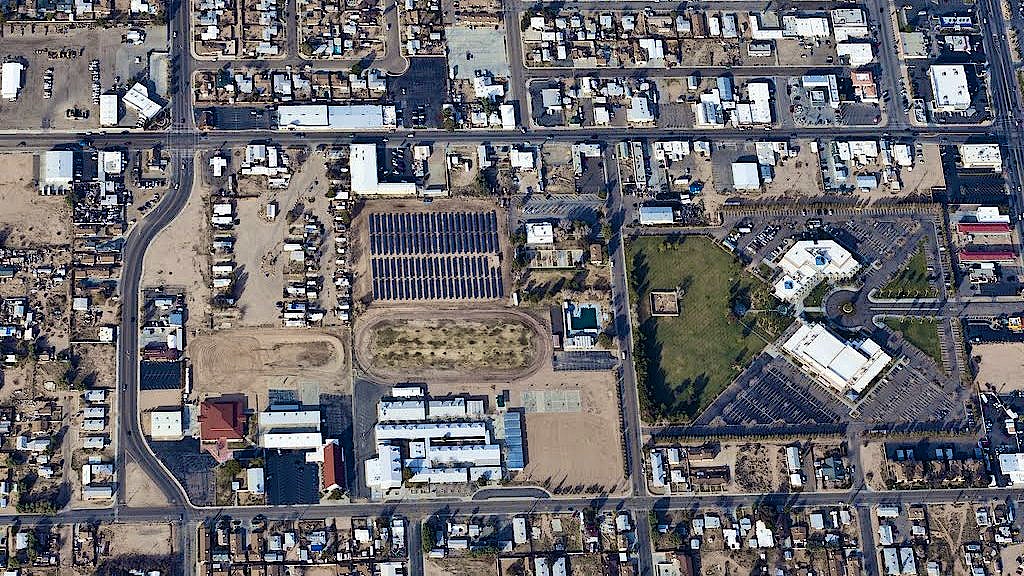 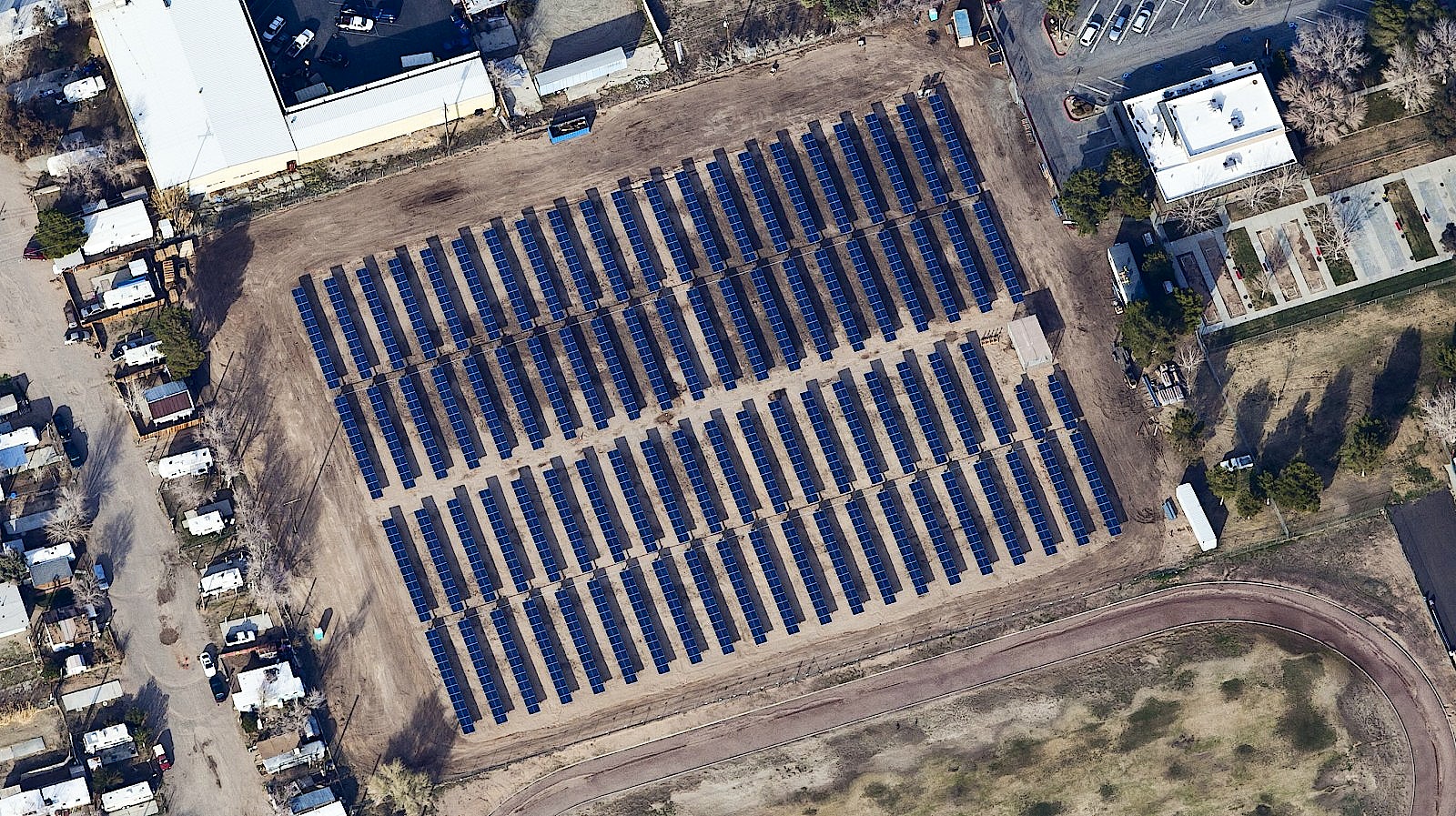 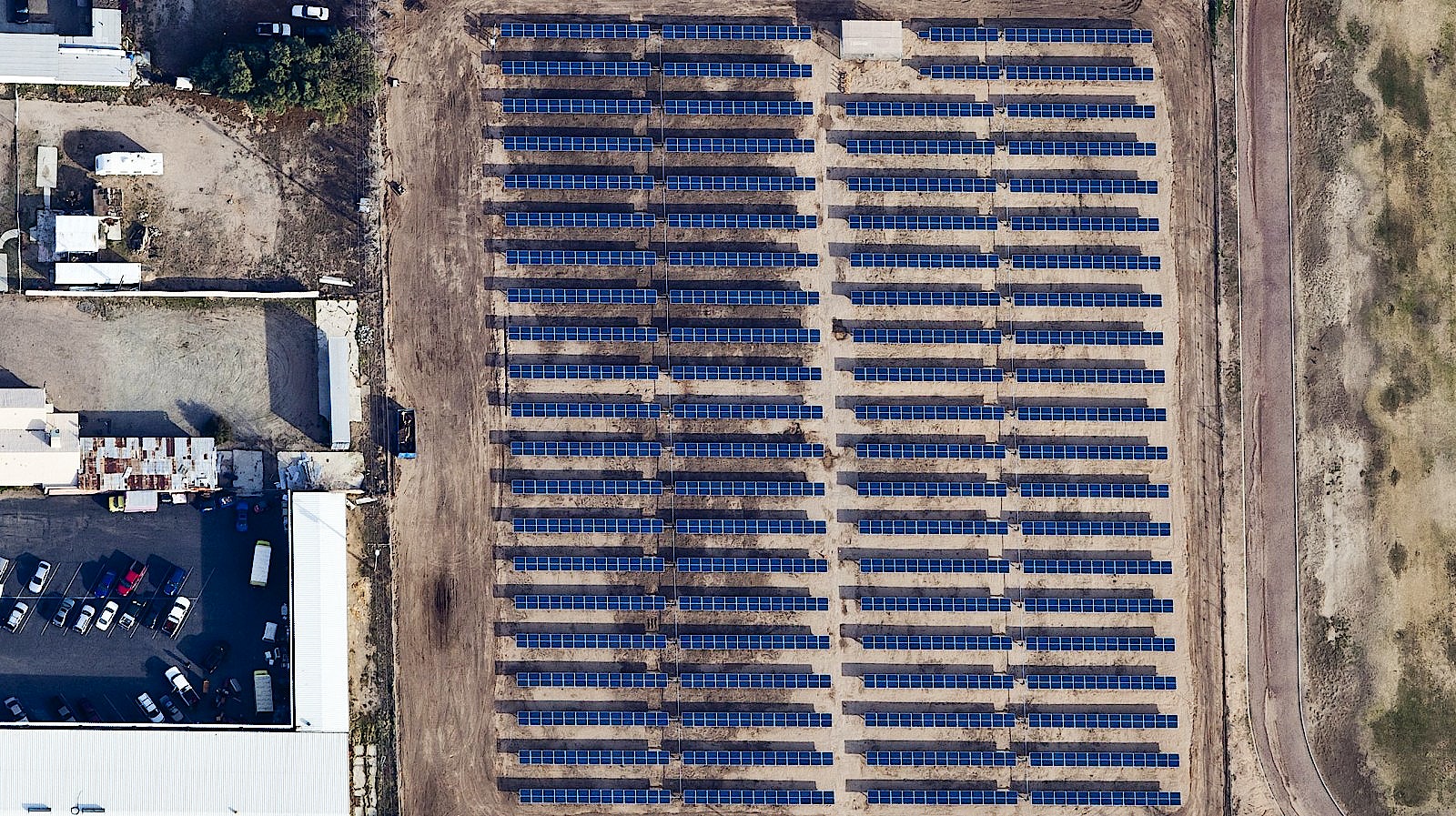 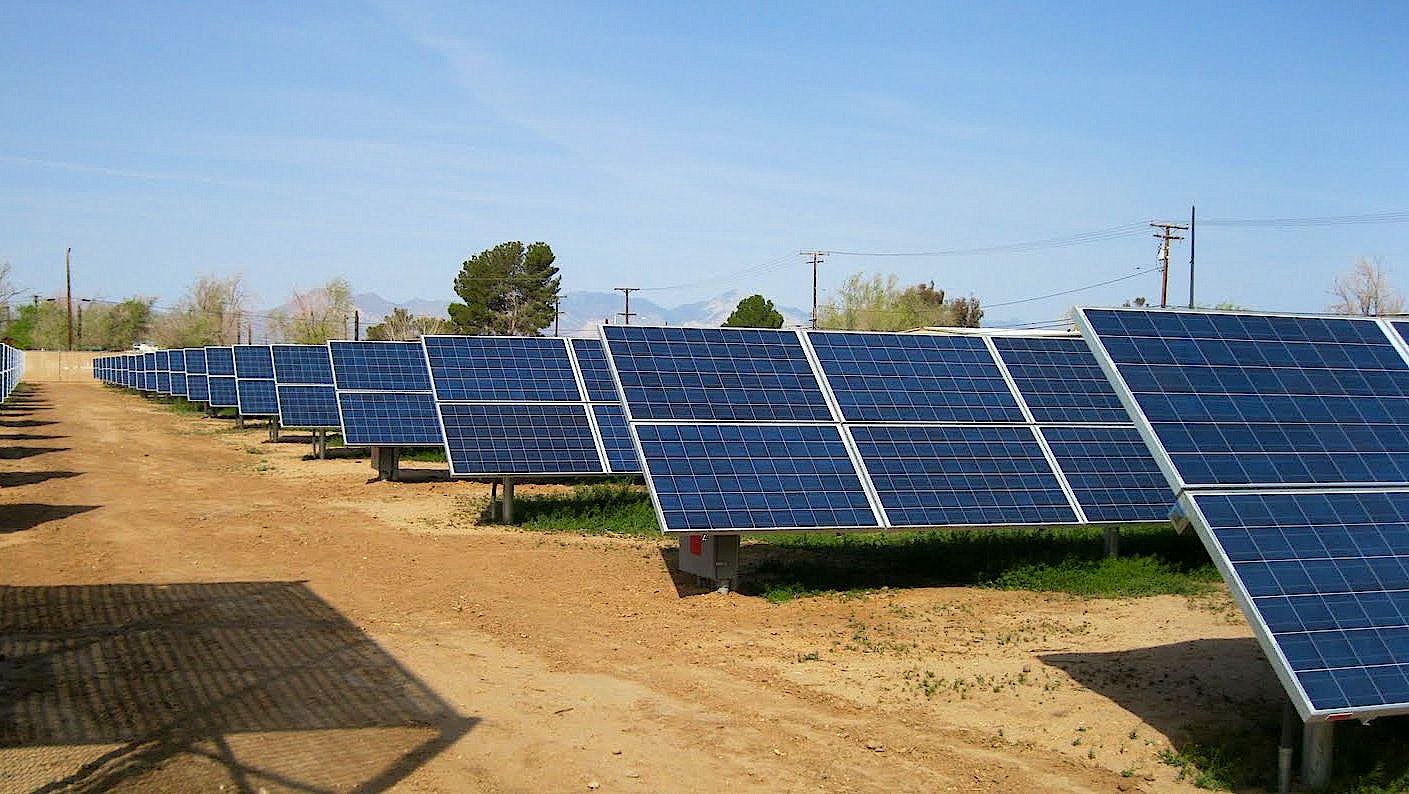 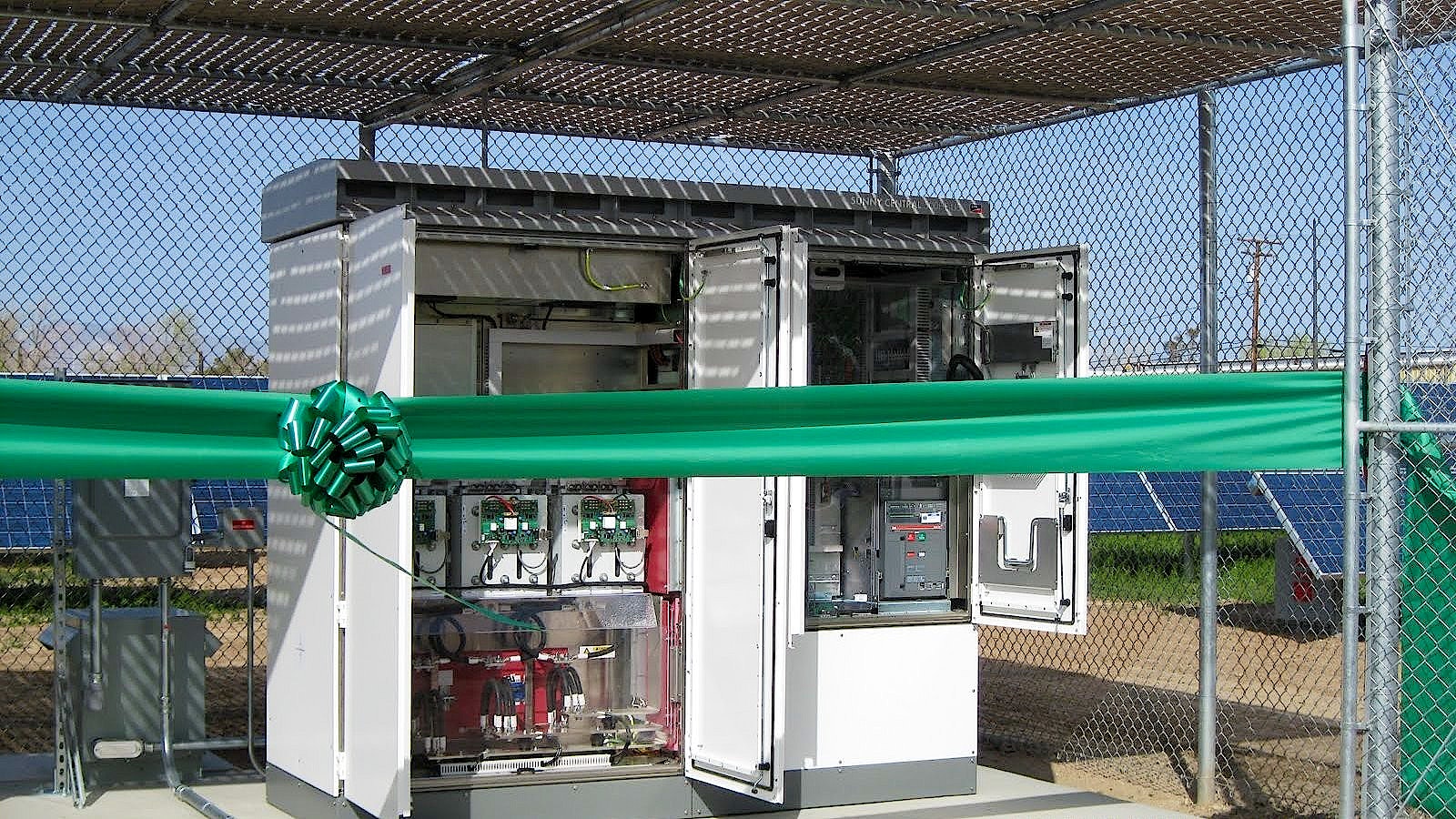 Eliminates over 90% of energy consumed by Ridgecrest Civic Center

As the community center for northeastern Kern County, the City of Ridgecrest takes great pride in leading by example. With that mindset, in early 2010, the City broke-ground on what is now a 496 kilowatt (kW) solar array located at Helmers Park, near the Ridgecrest Civic Center and City Hall. The system improves the City’s overall energy efficiency, while substantially reducing its current carbon ‘footprint’ and accounts for a huge annual savings.

The completed PV array is made up of more than 2,158 Yingli-230 panels mounted on single-axis trackers from Array Technologies. With the use of motors, the panels will continually track the movement of the sun throughout the course of each day, which will help the solar power installation maximize electrical generation on site.

The City worked with Borrego Solar who designed, procured, financed, and managed the installation of the half megawatt DC ground mounted tracking solar installation. The installation was performed by California TRANE and the project was completed in a record two months. (new paragraph) The system is estimated to reduce carbon dioxide emissions by 41.5 million pounds over the next 30 years. Additionally, some of the other projected environmental offsets of the installation include:

With strict budgetary constraints, Ridgecrest was able to utilize a Power Purchase Agreement (PPA) to finance the project. Under the terms of the PPA, Borrego Solar paid for the parts and labor costs and owns the installations, and is selling Ridgecrest the energy produced at rates less than what they were paying for brown power from the local utility. The solar power installation will produce more than 90% of the current annual electrical consumption at the Ridgecrest Civic Center, which equates to annual savings of nearly $200,000.

Additionally, California TRANE presented the City of Ridgecrest with a $1,410,851 rebate check from the California Solar Initiative (CSI) as a part of its performance-based incentive program and awarded the project TRANE’s High Performance Building award, a first for a municipality.