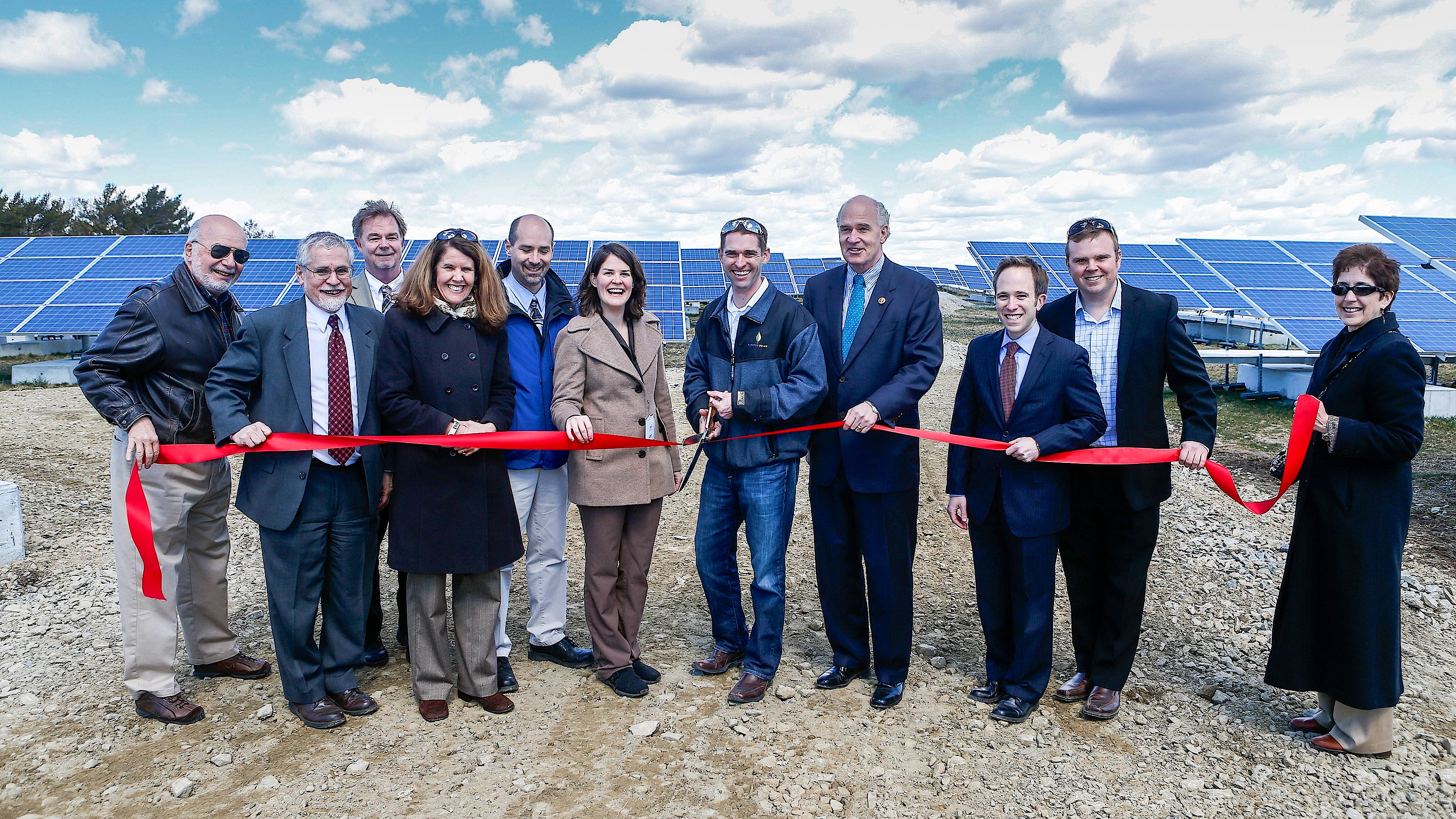 With a portfolio of several large-scale commercial solar farms, and more than 100 projects altogether (including many residential rooftop systems) as of May 2013, the South Coast town of Dartmouth had over 9.2 megawatts of solar PV installed. This makes Dartmouth the most solar community in the State of Massachusetts, even more so than larger municipalities like Boston. Progressive elected officials and administrators concluded that solar panels would be less intrusive than wind turbines and could generate more revenue for the town. Currently, they have another six megawatts in the works.

Maintaining the integrity of a capped landfill’s protective membrane is critical. Because traditional ground-mounted solar energy systems utilize support structures drilled and secured into the ground, Borrego Solar engineered a ballasted ground-mount solution that uses cement ballast blocks that rest on the landfill’s surface. These blocks can withstand strong winds and heavy snow without applying too much pressure to the surface. The Dartmouth Landfill solar power installation consists of 5,369 Yingli 240 watt solar modules mounted on solar Flex Rack equipment affixed to the ballasted ground-mount system. The modules are wired in 413 strings of 13 modules and strung to two SMA 500kW inverters. Panel strings are spaced to accommodate any ground settling that might occur over the life of the system.

The Dartmouth Landfill solar power installation was designed to replace 20% of the town’s electricity usage with clean energy. Through a no-money down, third-party financed, power purchase agreement (PPA), Dartmouth is able to purchase the generated power from the landfill solar project at a rate of $0.08 per kilowatt-hour, about $0.05 per kilowatt-hour less than what local utility NSTAR charges. The savings generated from the landfill solar energy system are approximately $3 million over the 20-year life of the PPA term. Dartmouth also generates revenue by collecting taxes from the solar project as it was constructed within the town limits.