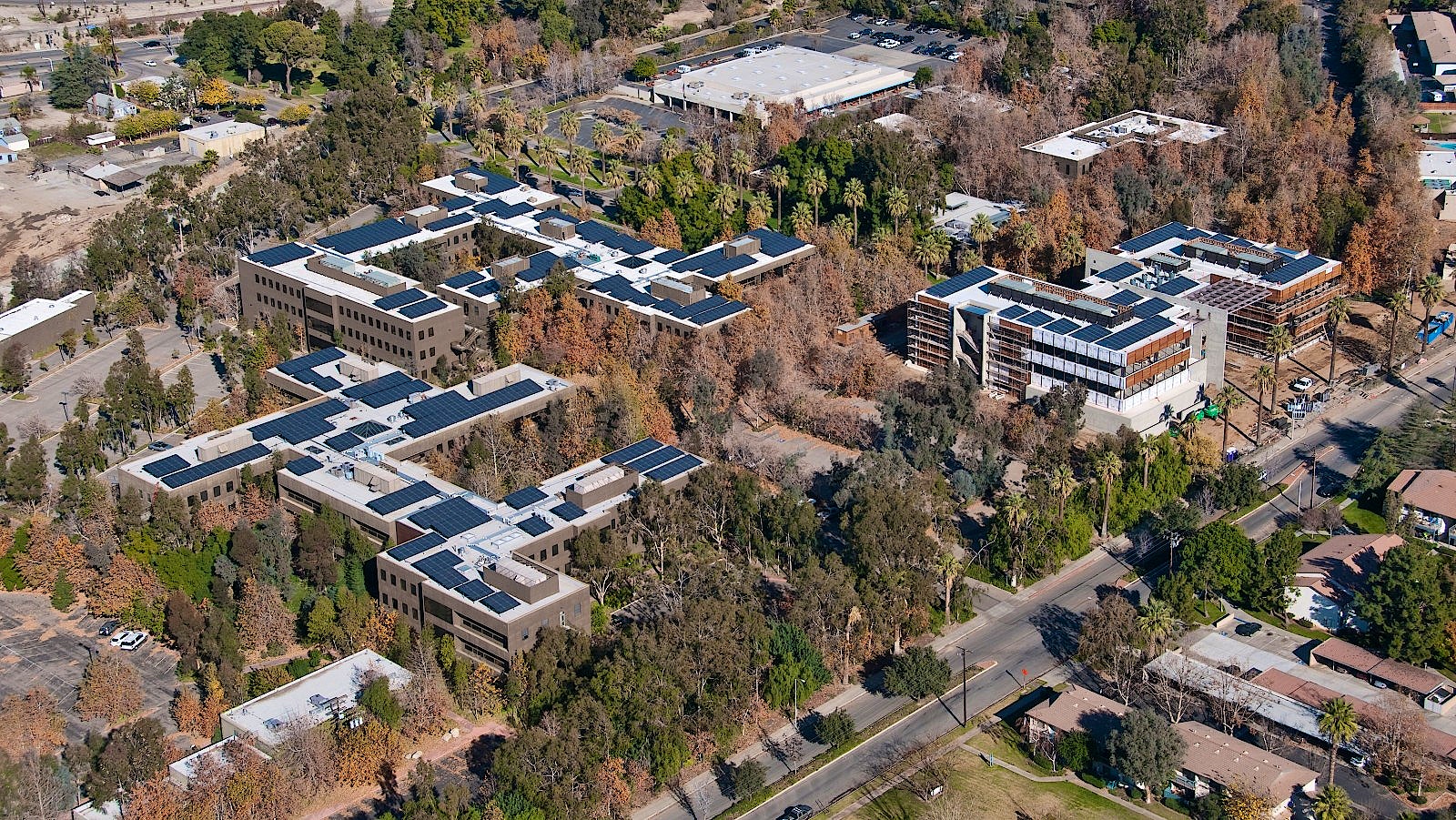 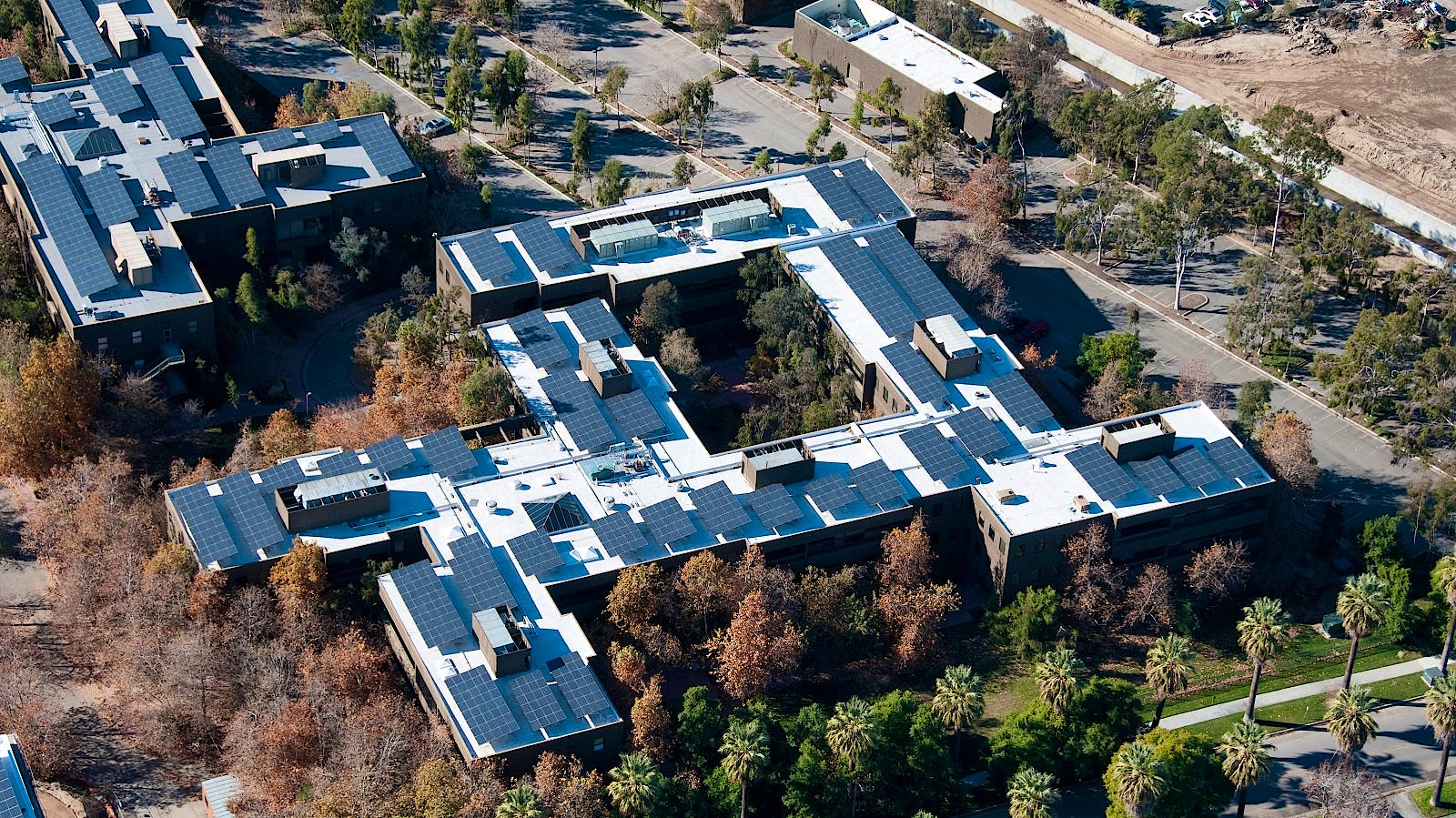 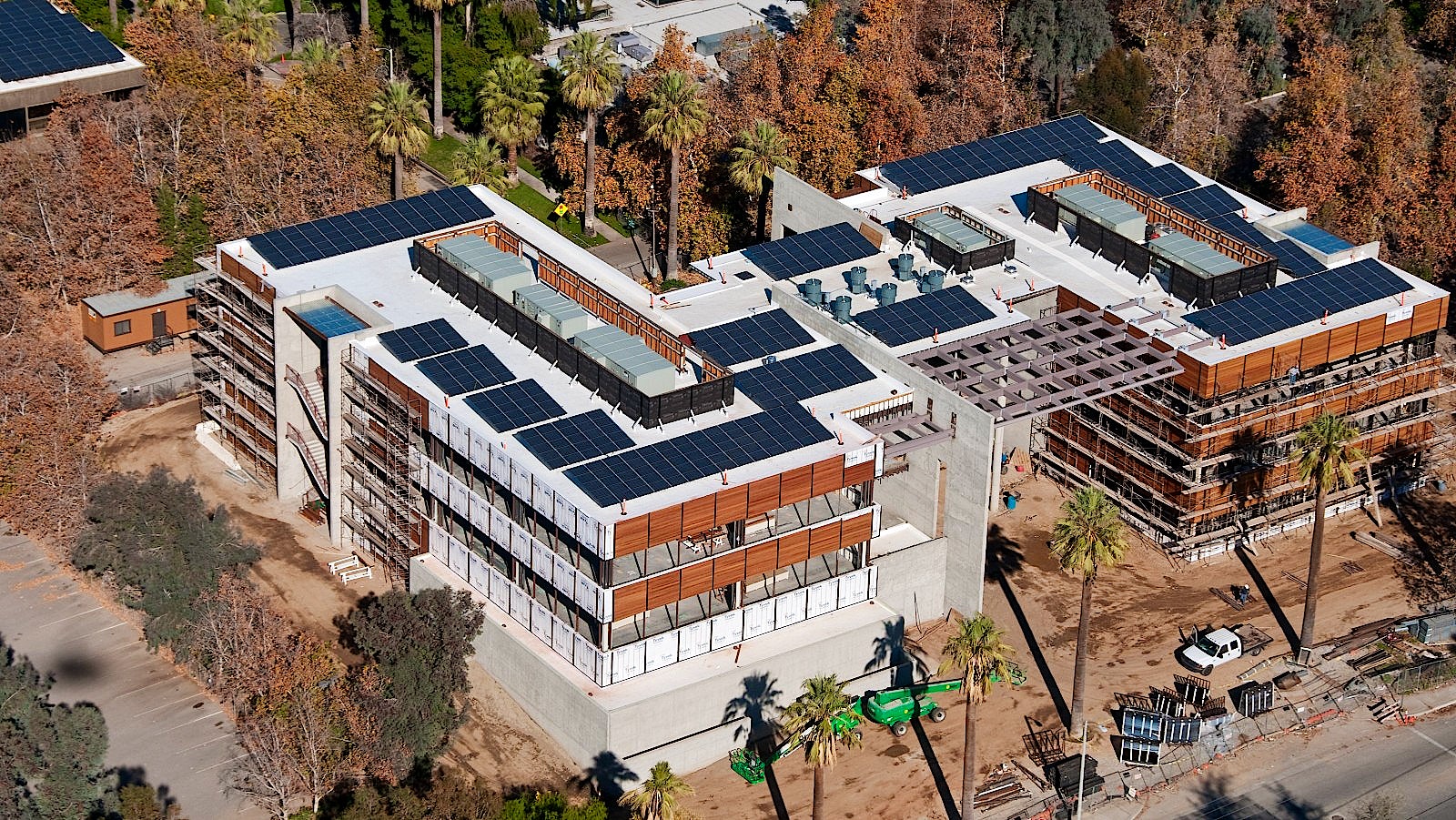 In 2008, ESRI commissioned Borrego Solar to install 2,737 rooftop solar panels on three office buildings at its main campus in Redlands as part of its continuing efforts to offset energy usage. The company, founded on a principle of environmental responsibility, is the world’s leading developer of geographic information system (GIS) technology.

In line with its goal to be carbon neutral, ESRI maintains a fleet of electric vehicles and reduces cooling costs with strategically planted shade trees. On a larger scale, ESRI enjoys a history of supporting environmental sustainability. GIS software donated by ESRI is used internationally on a myriad conservation projects, from mapping animal and plant habitats to measuring human impact on the ecosystem.

As a commercial (for profit) entity, ESRI was able to take advantage of the available Federal Investment Tax Credit (ITC) which eliminated 30% of the cost of their installation. In addition, they qualified for state incentives coming from the California Solar Initiative (CSI) which covered approximately 20% of the total system costs. In total, a combination of rebates and incentives gave them a 50% off discount on their solar installation. One of the benefits of making the capital investment in purchasing their commercial solar system, is that ESRI will see 100% of the energy savings on their utility bill. As the price of energy increases (on average by 4.5% per year) their savings will increase too.