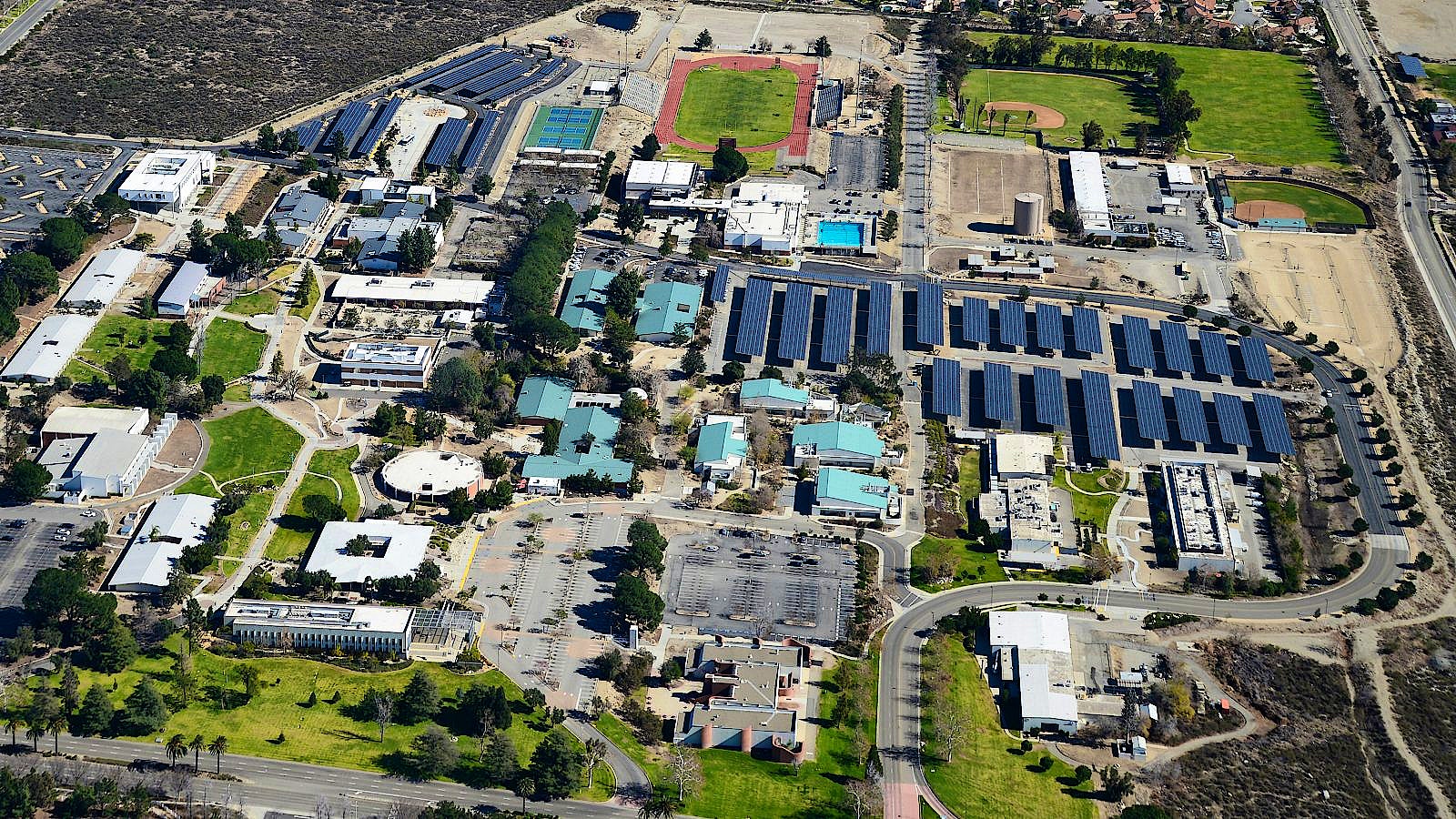 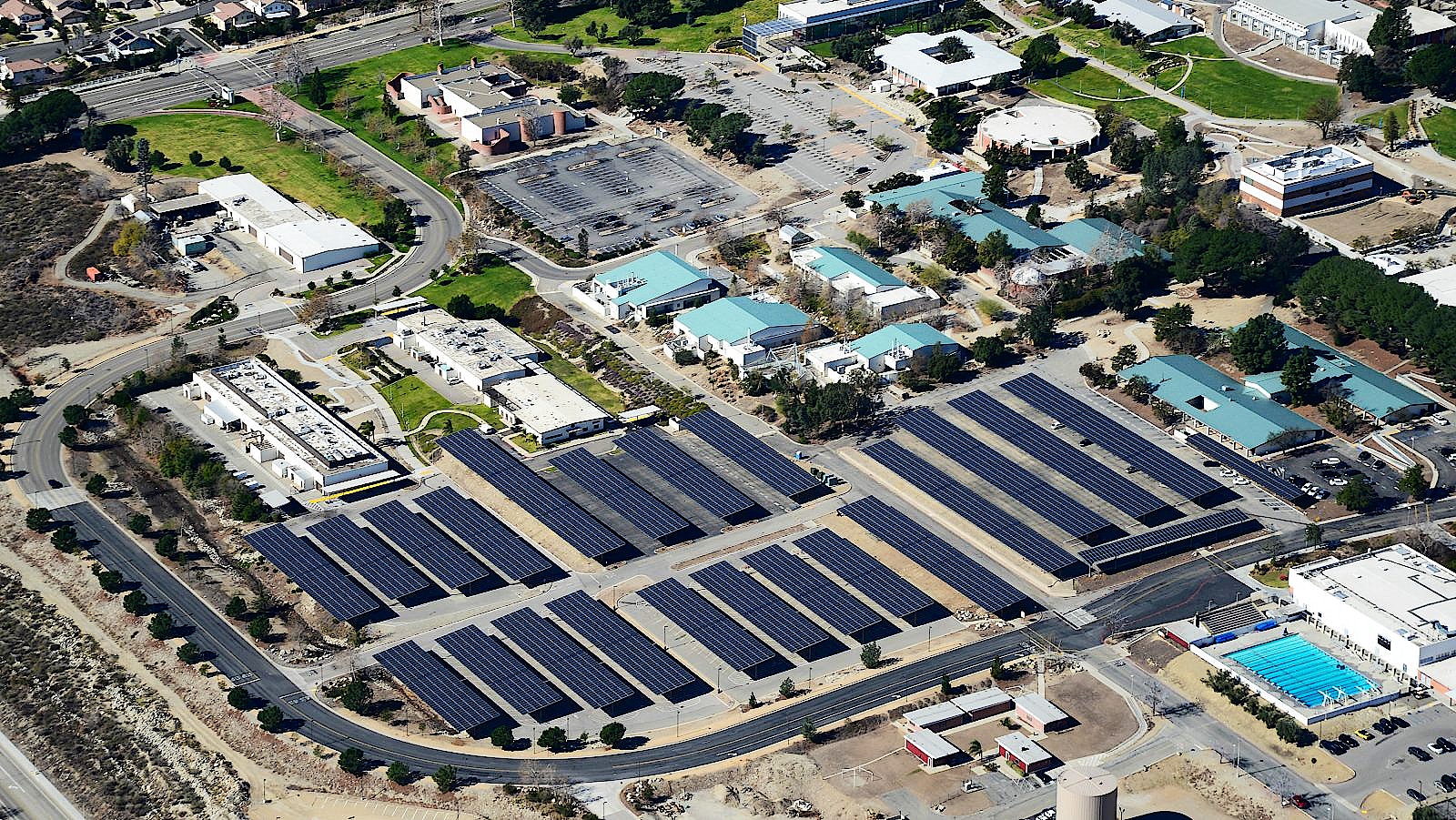 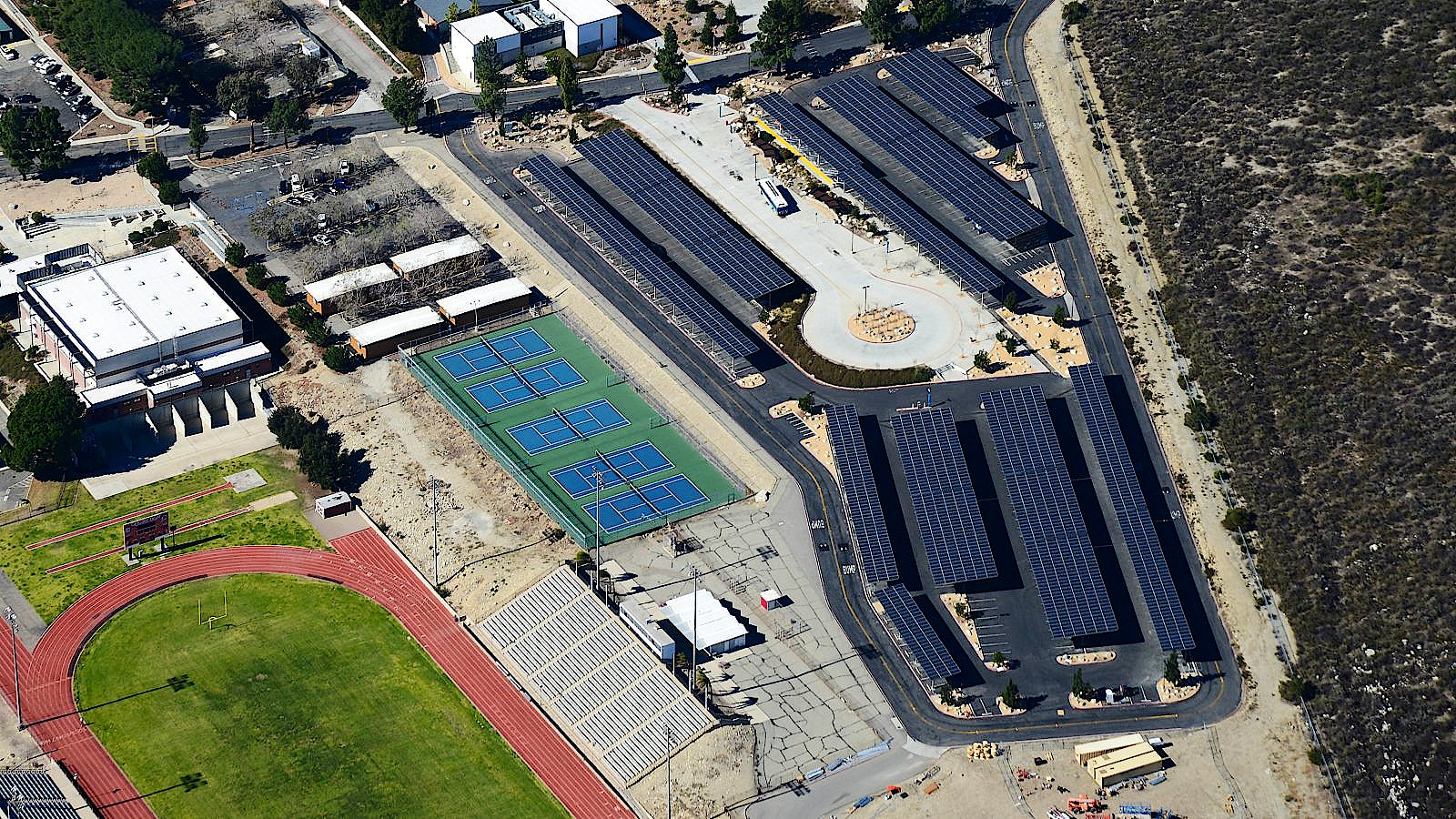 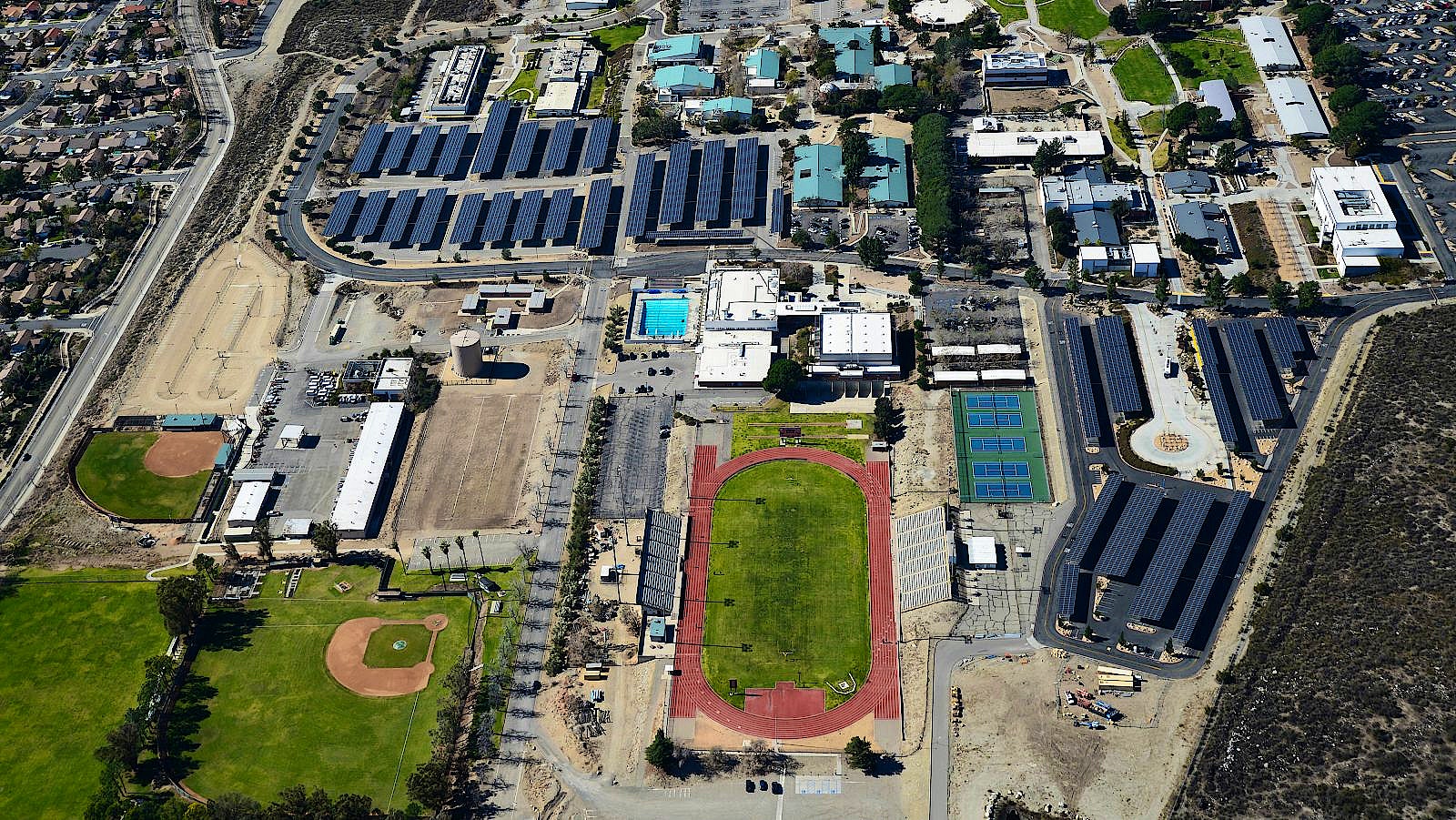 The 5.5 megawatt system is the largest solar project for a California Community College

Borrego Solar designed and built the 5.5 megawatts of solar carports on parking lots across three sites: 4.4 MW at Chaffey College, 775 kilowatts (kW) at the Chino Campus and 305 kW at the Fontana campus. Chaffey’s solar projects are expected to save the District $28.5 million over the life of the project. Together the systems, completed in February 2018, represent the largest community college solar project in California.

Established in 1883, Chaffey College serves approximately 29,000 students each year at its campuses in Rancho Cucamonga, Chino and Fontana. The energy produced by the systems will meet 90% of the District’s energy needs.

The District purchased the solar outright, which resulted in optimal savings. The solar shade structure installations at Chaffey College and its campuses in Fontana and Chino will offset nearly 7,400 metric tons of carbon dioxide equivalents annually, which is the same amount offset by taking almost 1,600 cars off the road for a year.

The projects are expected to produce nearly 10 million kW-hours of energy in the first year, which is the equivalent to the amount needed to power approximately 1,375 average homes in California annually. The solar systems are sized to offset approximately 90 percent of the current electricity usage for the District. Newcomb Anderson McCormick consulted the District on their solar portfolio.