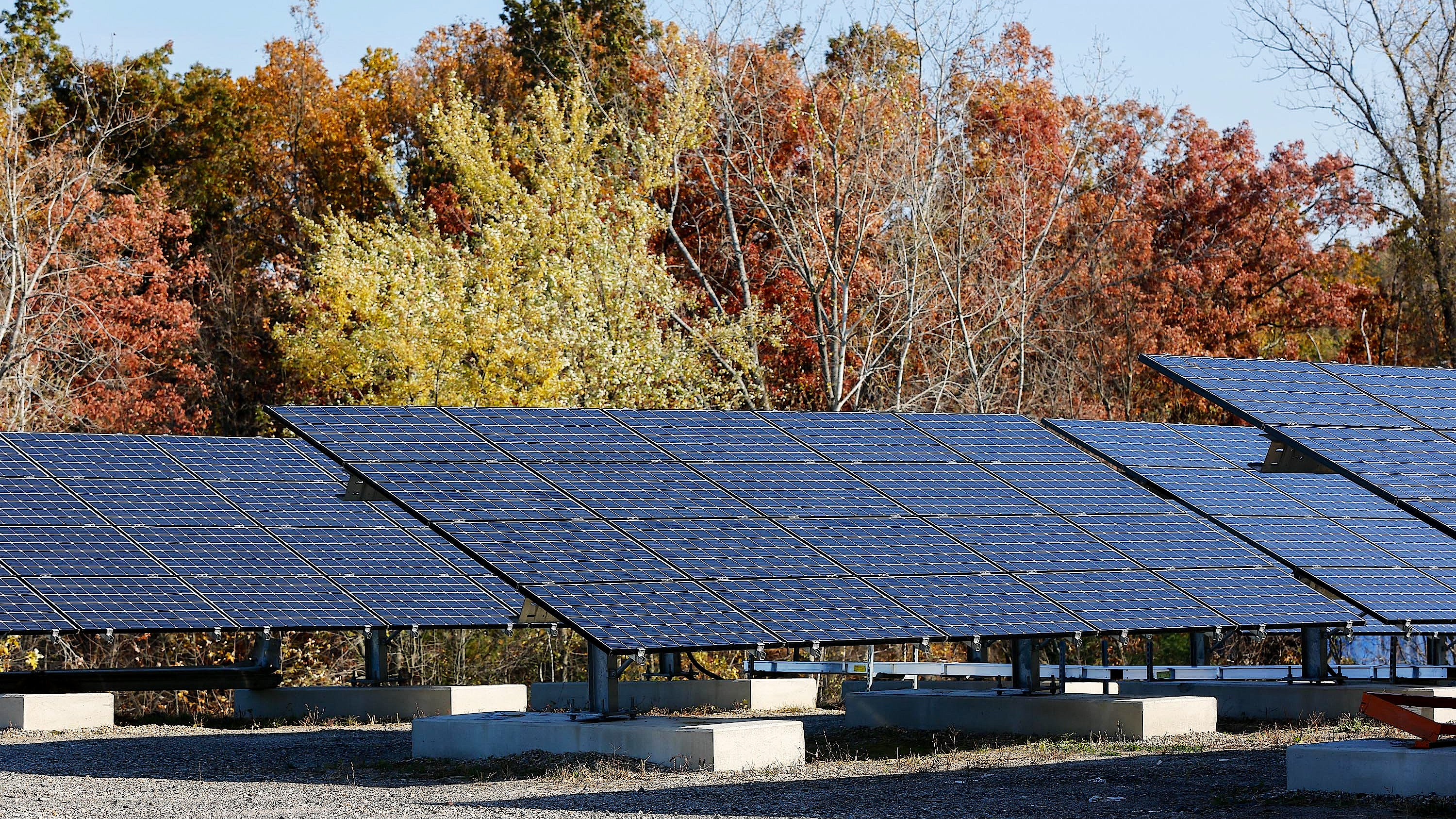 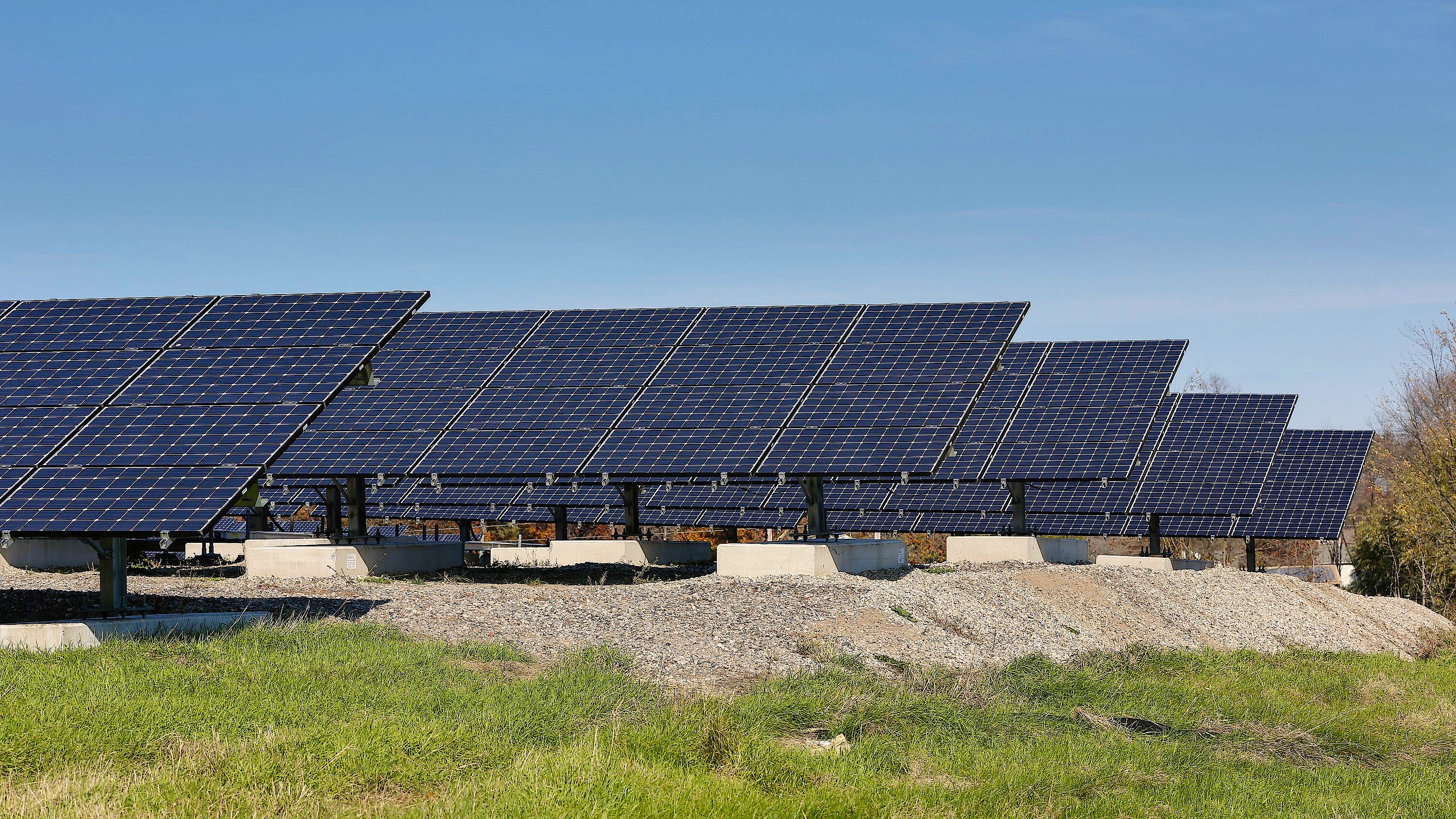 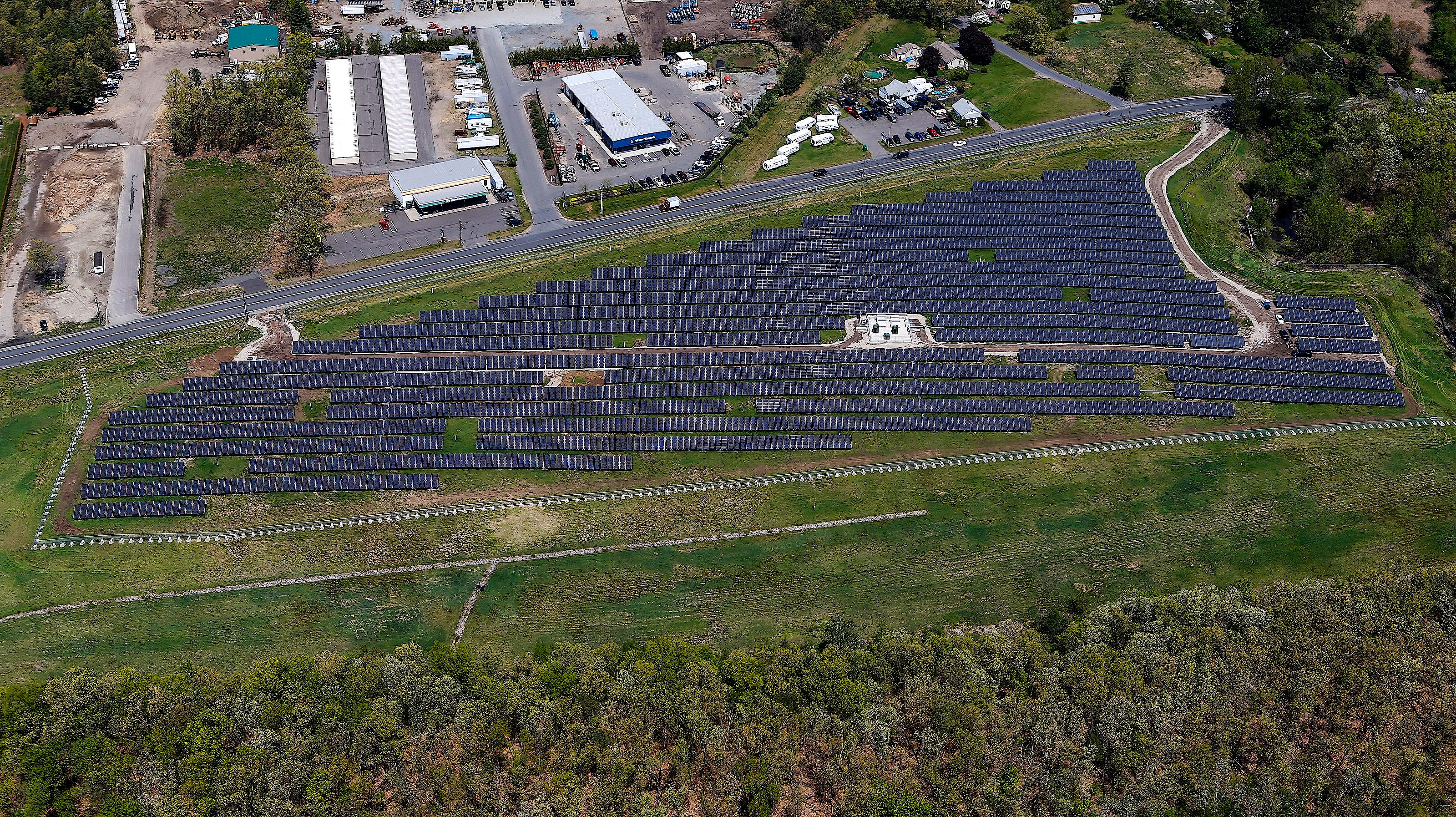 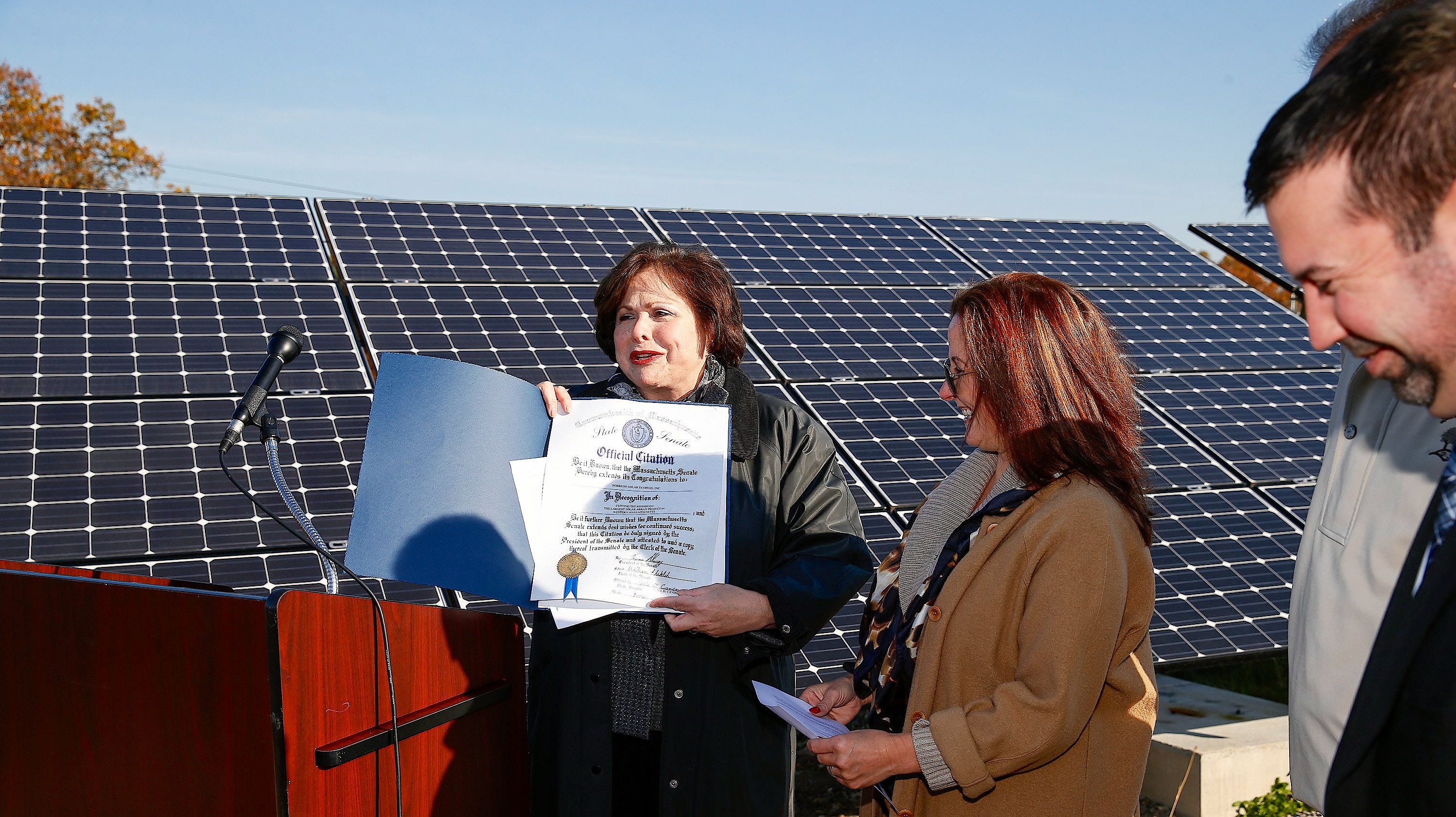 The town of Ludlow in Hampden County, MA, is one of many communities to take advantage of an emerging New England trend to transform capped landfills into clean renewable energy farms. Not only is this project reducing energy costs for Ludlow so funds can be redirected towards infrastructure upgrades, better equipment, and a potentially lower tax burden for ratepayers, it also created local construction jobs on municipal lands that had previously been written off as “undevelopable.”

This 2.6-megawatt solar energy system was built on approximately 17 acres of capped landfill. The biggest construction challenge was designing a racking solution that would rest on the landfill surface without puncturing the protective membrane (or ‘cap’). Borrego Solar’s engineers worked with SunLink’s product engineers to develop a double cantilever ballasted version of SunLink’s large-scale GMS product, which was modified to withstand the strong winds and heavy snow in Massachusetts. In order to minimize the load at each ballast block and allow for differential settlement, the standard continuous-row configuration was modified to a table solution.

Through a power purchase agreement (PPA) with Borrego Solar, Ludlow signed a 20-year contract to lease 17 acres of the old town landfill. In return for leasing the land, Borrego Solar secured private funds to finance the engineering, procurement, construction, and ongoing maintenance and operation costs associated with the project. Without a capital expenditure from the city or its taxpayers, Ludlow can purchase the energy produced by the solar energy system at a rate of $0.05 per kilowatt-hour, a considerable drop from the $0.09 per kilowatt-hour charged by the local utility. Depending on the solar system’s efficiency, the town of Ludlow will save approximately $100,000–$140,000 a year on energy bills.