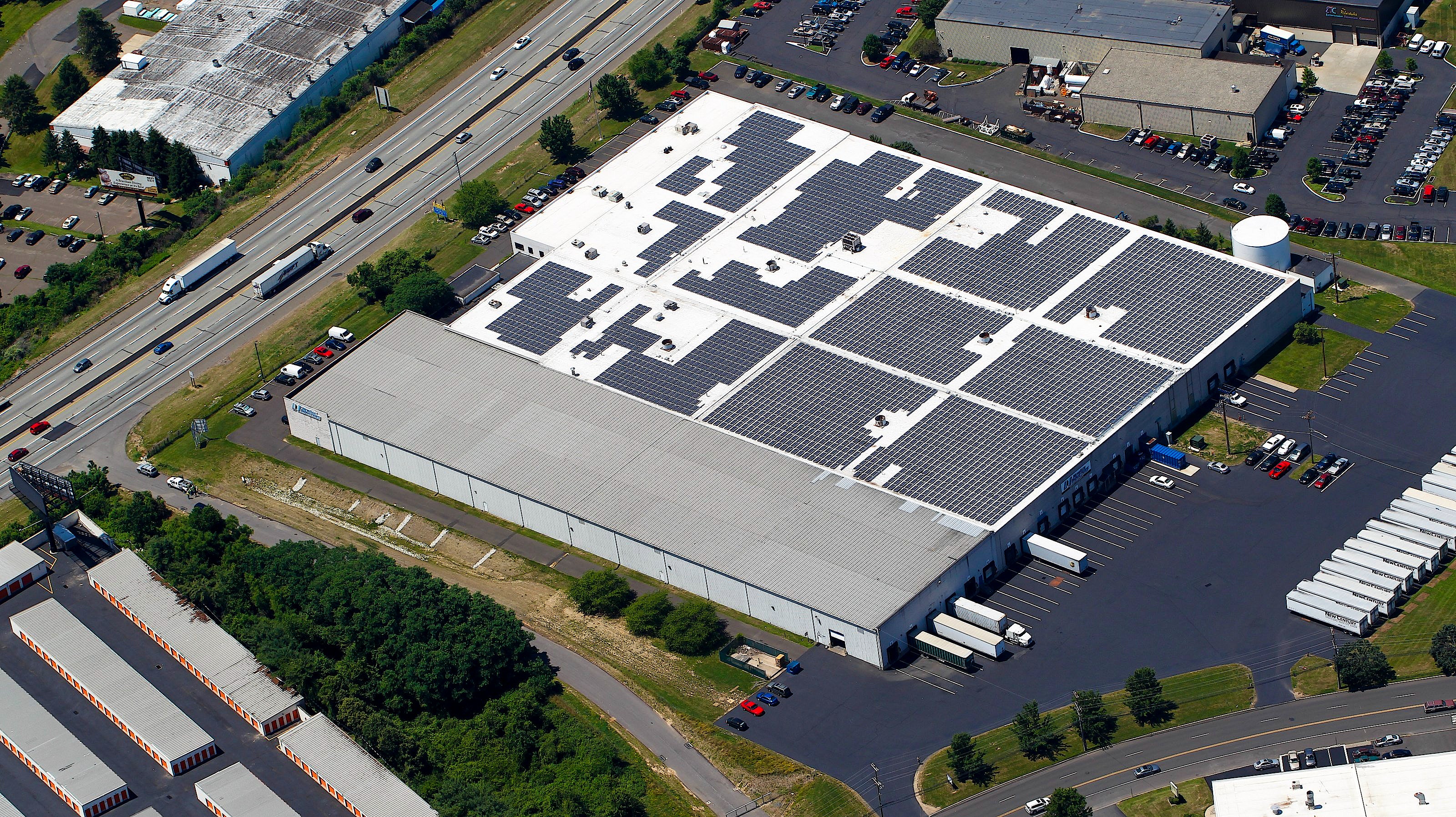 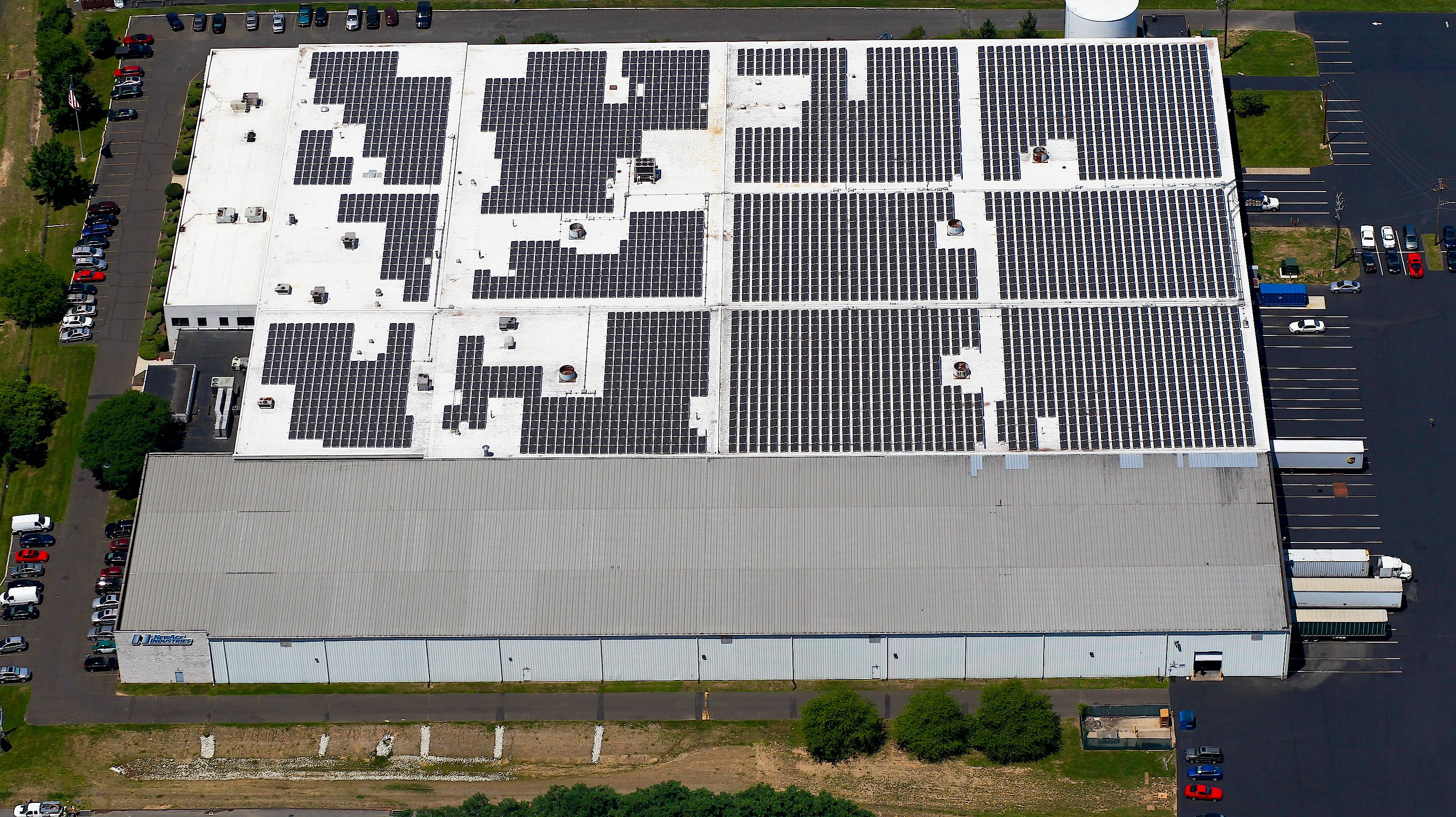 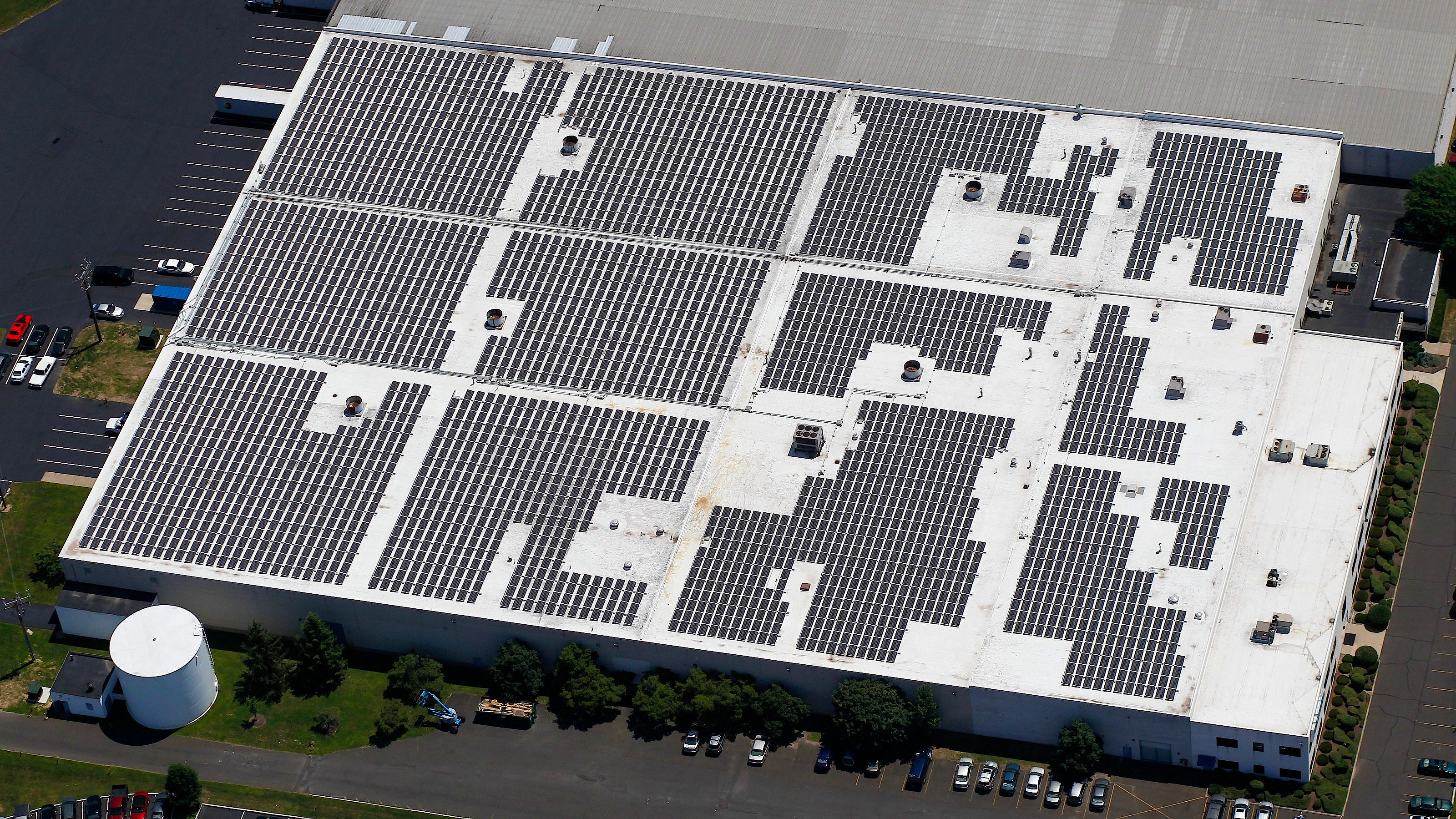 Off-setting 50% of their electricity needs with solar energy

New Age Industries, an ESOP company, sells its tubing and hose products worldwide to markets such as pharmaceutical, chemical, food and beverage, medical, industrial, appliance, recreational and marine vehicles, semiconductor, aerospace, and many others. The company experienced record growth in 2010 and is committed to continued progress. Demand for its high purity products, sold primarily to the pharmaceutical industry, resulted in an employment increase of 20% from 2010-2011. The company’s next improvement project, which began last month, involves replacing all the facility’s windows with energy efficient styles.

The New Age installation of Southampton, PA is comprised of 4,123 American made Solar World PV panels, bringing it to just over one megawatt in size. At the time of its completion, the installation was the largest rooftop mounted PV solar energy system in Bucks County and the six largest solar array in Pennsylvania. Borrego Solar’s installation crews worked through the winter in order to meet incentive program deadlines, and often times had to remove snow from the roof’s surface in order to install the Sunlink ballasted racking. Stacks of panels were lifted to the roof, and then assembled onto the 314 racks, each one hosting 13 panels, and fixed at either 5° or 10° (due to varying roof surfaces) facing a few degrees west of due south for maximum exposure to the sun. Borrego Solar’s Operations & Maintenance Team along with New Age Industries will be monitoring the system’s production using a DAS monitoring service provided by Power-One.

The New Age Industries solar power installation was financed in part by a $1 million solar energy program grant from Pennsylvania’s Department of Community and Economic Development, in addition to approximately $1.2 million in Federal funds through the 1603 Treasury Grant Program. In the end, New Age purchased the $4.2 million solar power installation for 52% off, and will recoup more of that investment through the sale of renewable energy credits.