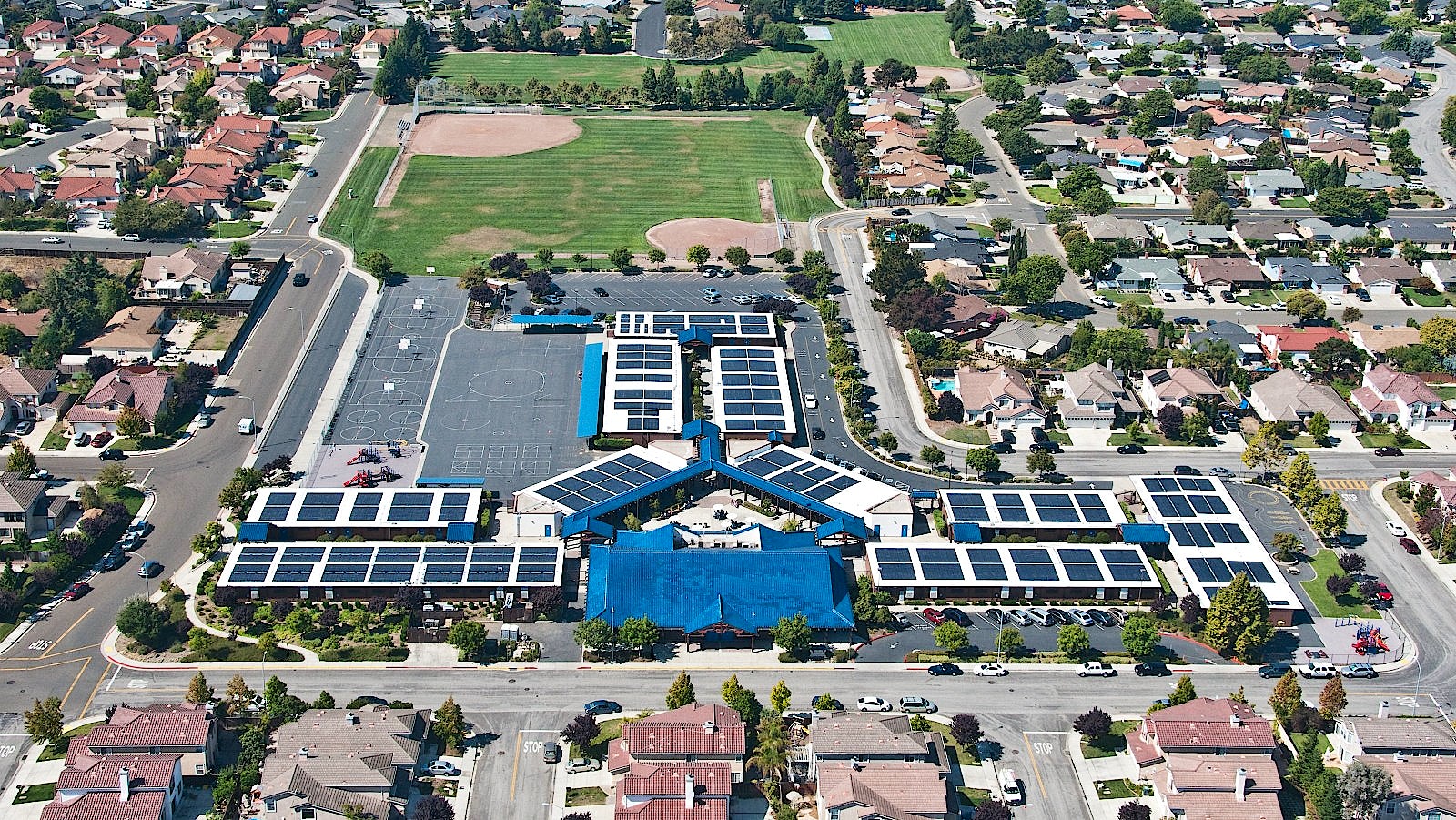 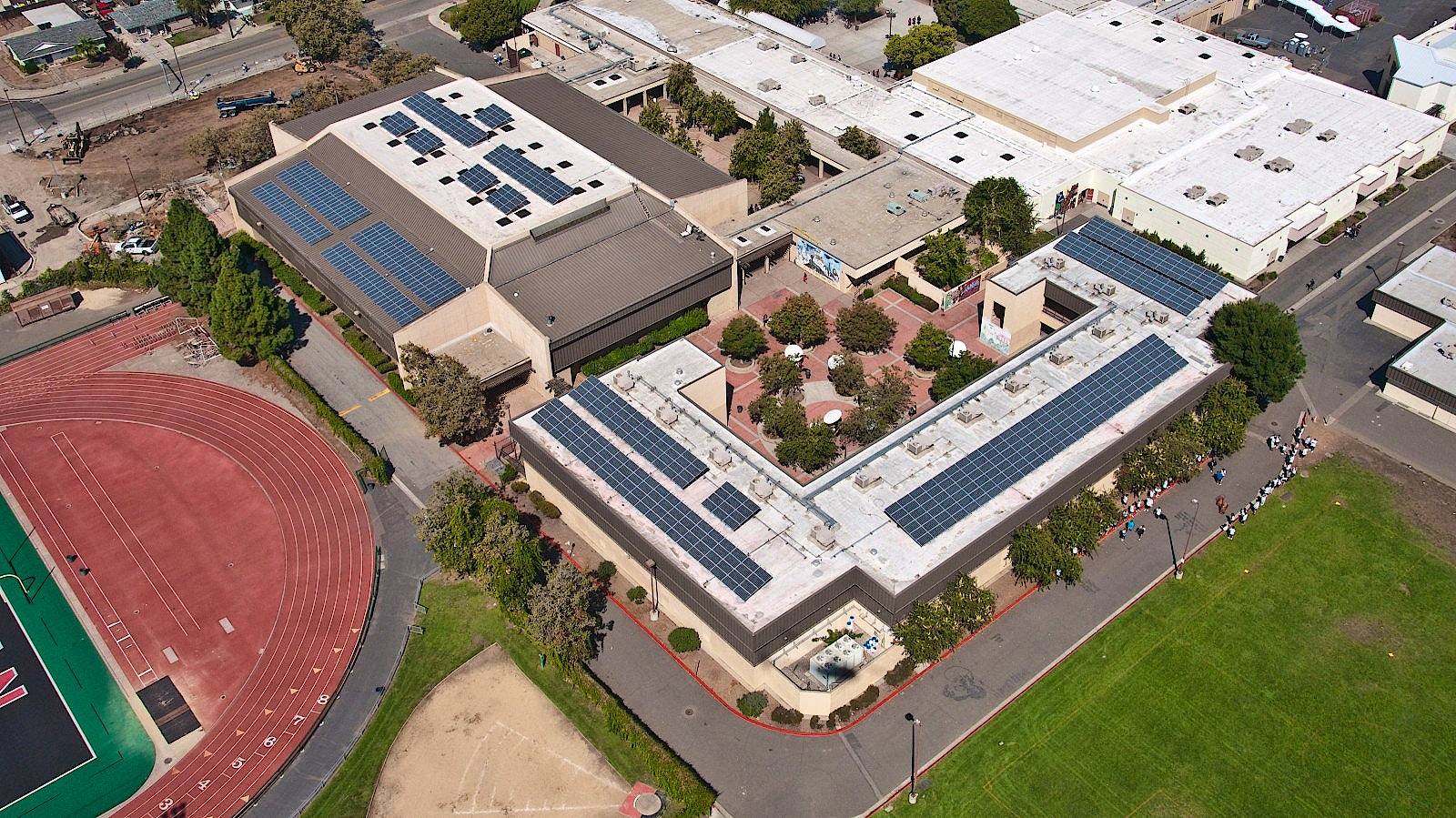 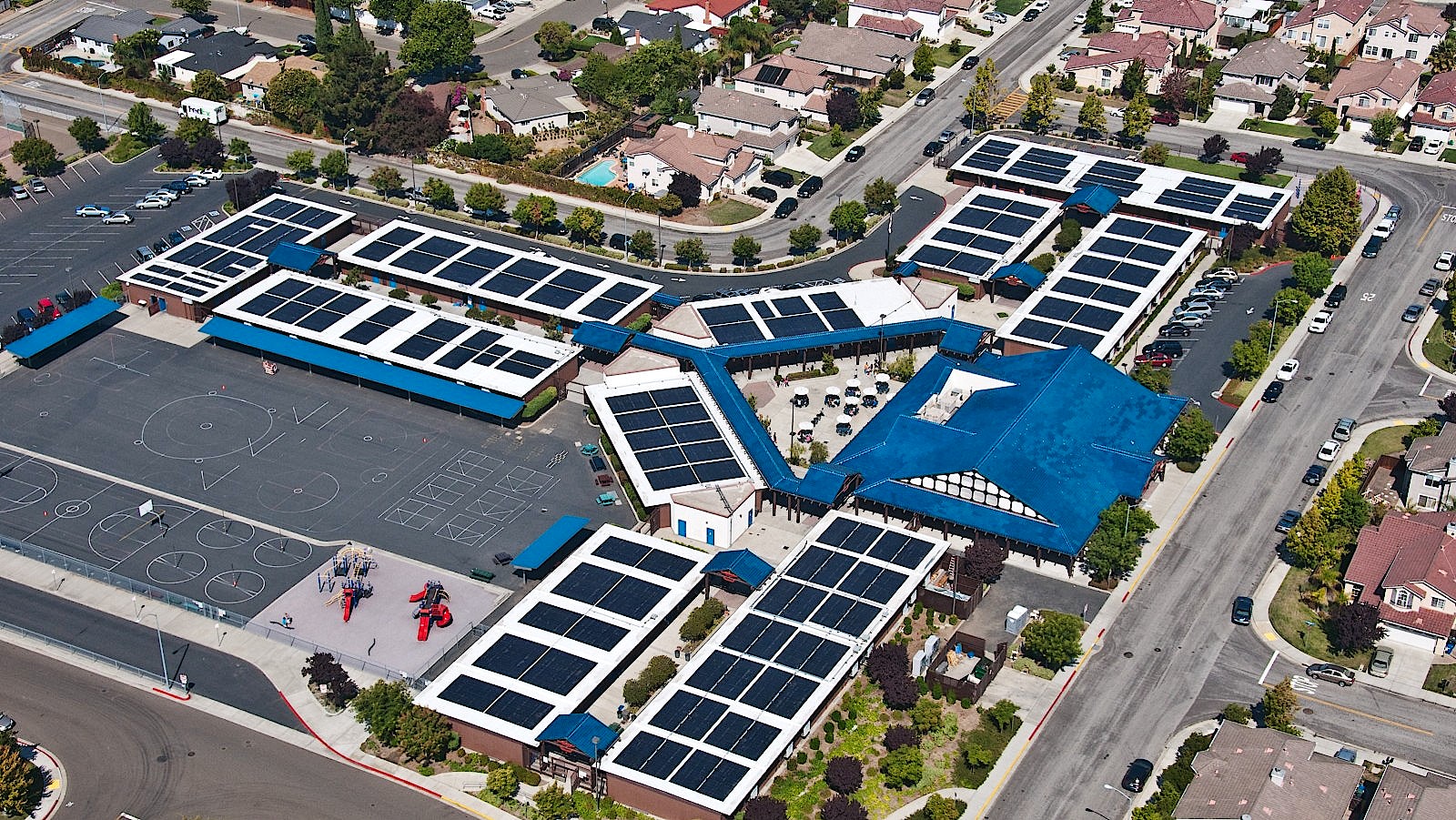 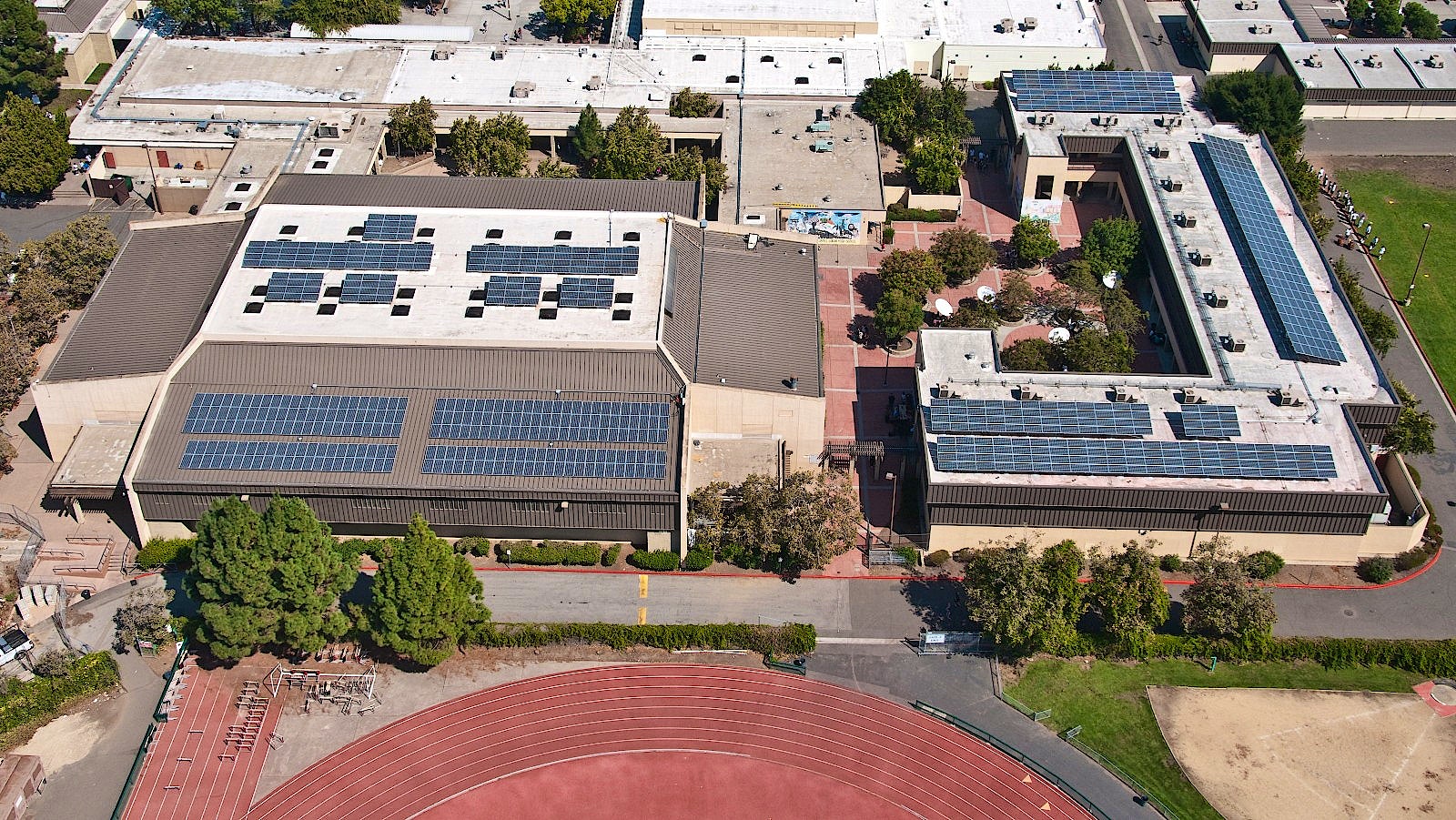 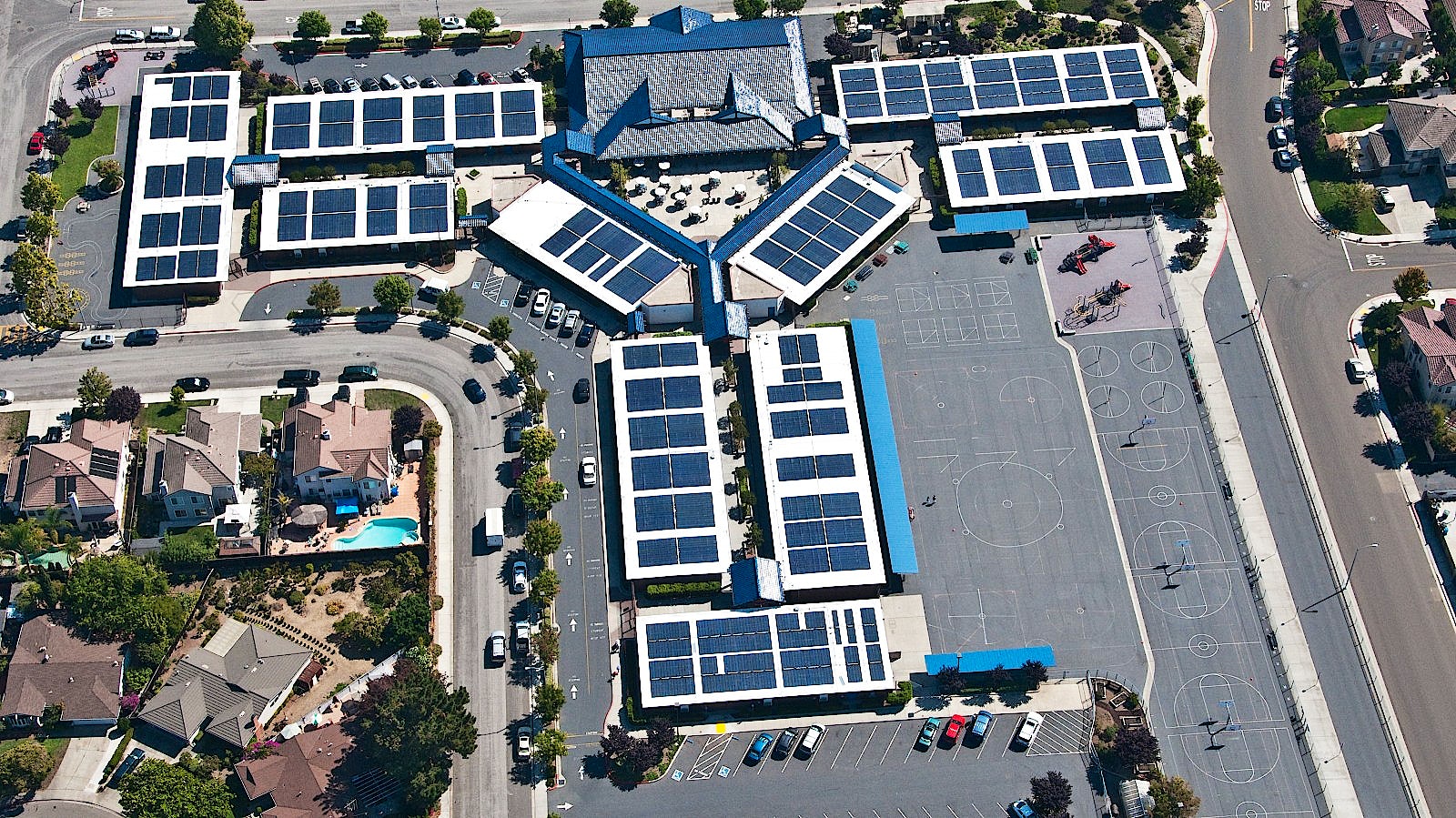 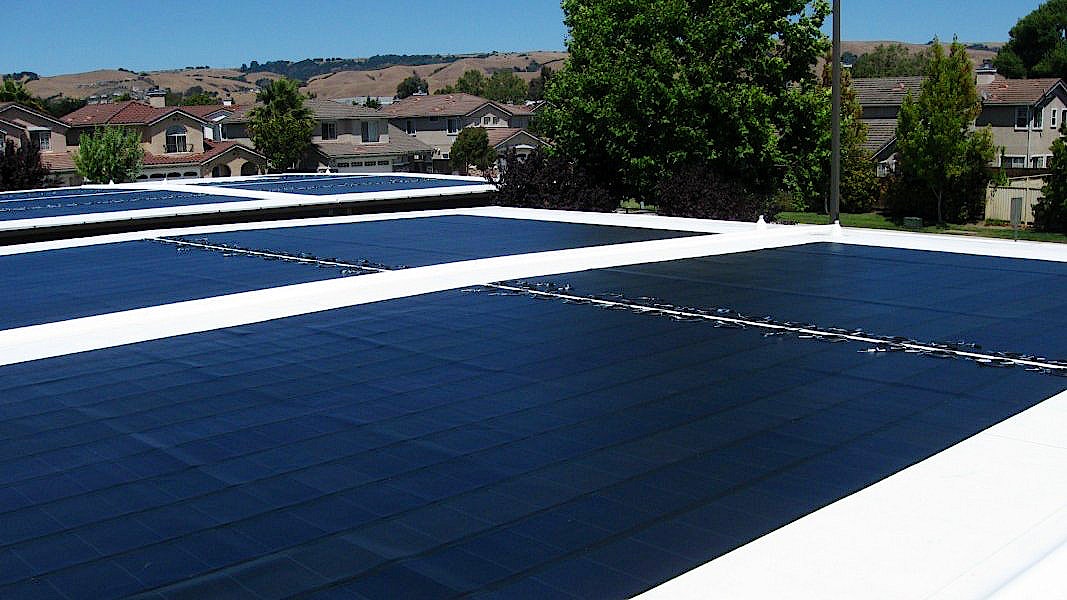 An aggregate total of $3.6 million in energy savings from both campuses

The New Haven USD is one of the most progressive school districts in Northern California. In early 2007, Conley-Caraballo High School became the first school in Alameda County to receive the majority of its power from an onsite solar power installation. In November of 2007, the School Board approved two more solar installations to be installed on the Kitayama Elementary School and James Logan High School; the second and third schools in the district to “go solar”.

The solar power installations at Kitayama Elementary and James Logan High School, are 201kW and 270kW respectively. The installation at Kitayama is a Uni-Solar laminate thin film technology installed on the classroom roofs, and required a re-roof prior to the installation of a special GenFlex White reflective substrate material. At James Logan HS the solar arrays were mounted on the roof of the new performing arts center and the 500’s classroom wing and use a more traditional Sharp polycrystalline solar module. The majority of the racking used at James Logan HS, was flat roof tilt-up.