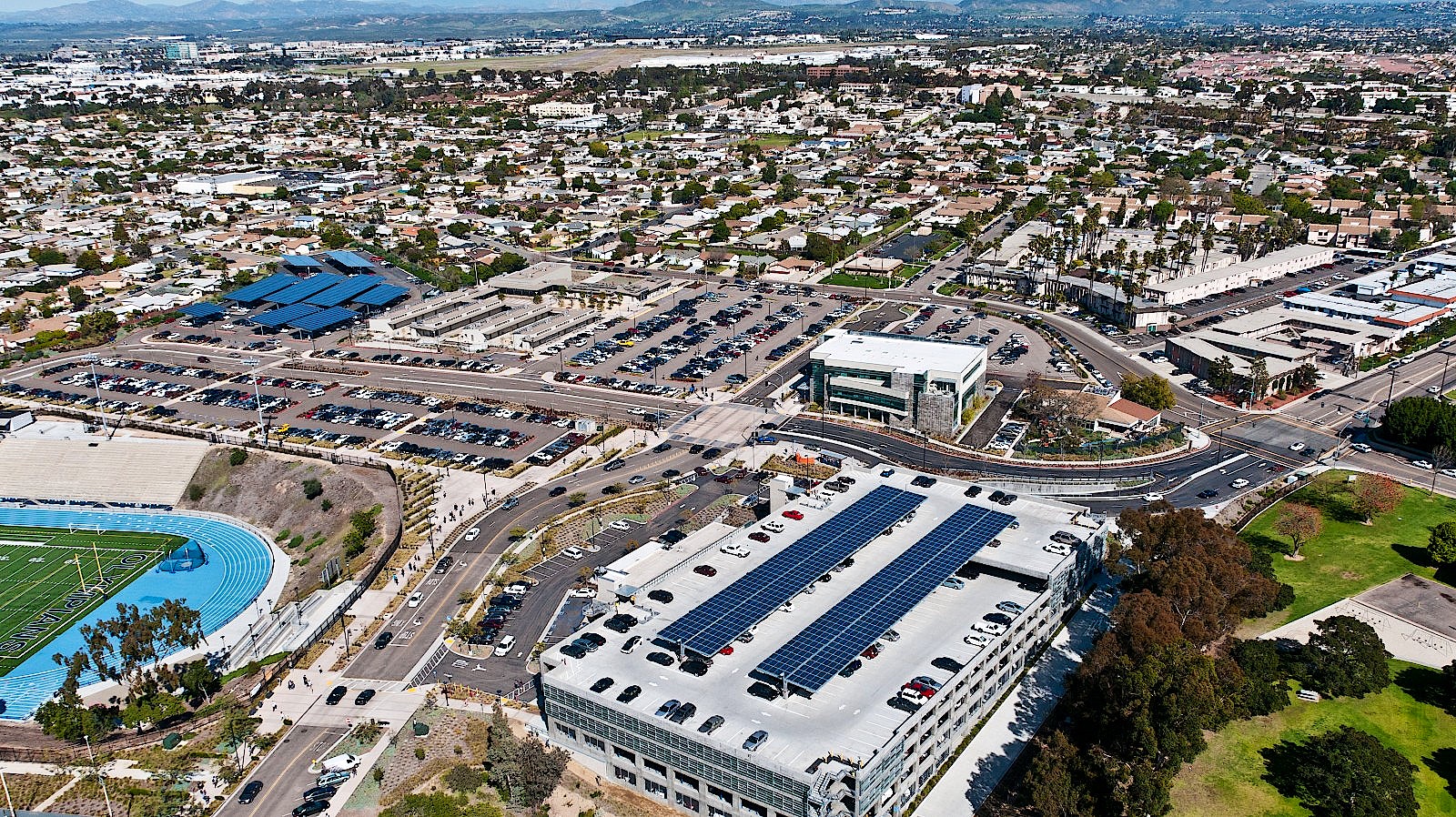 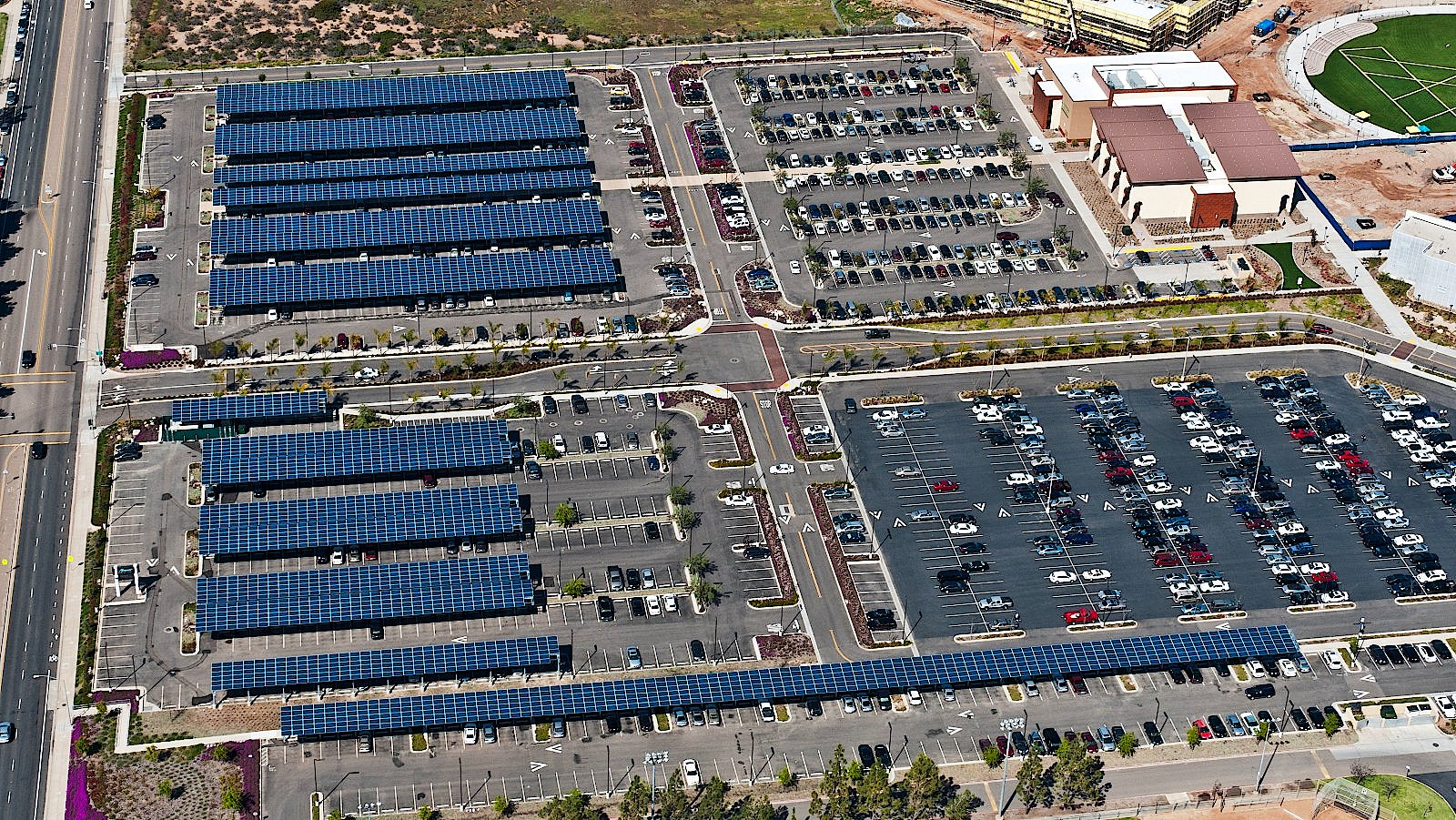 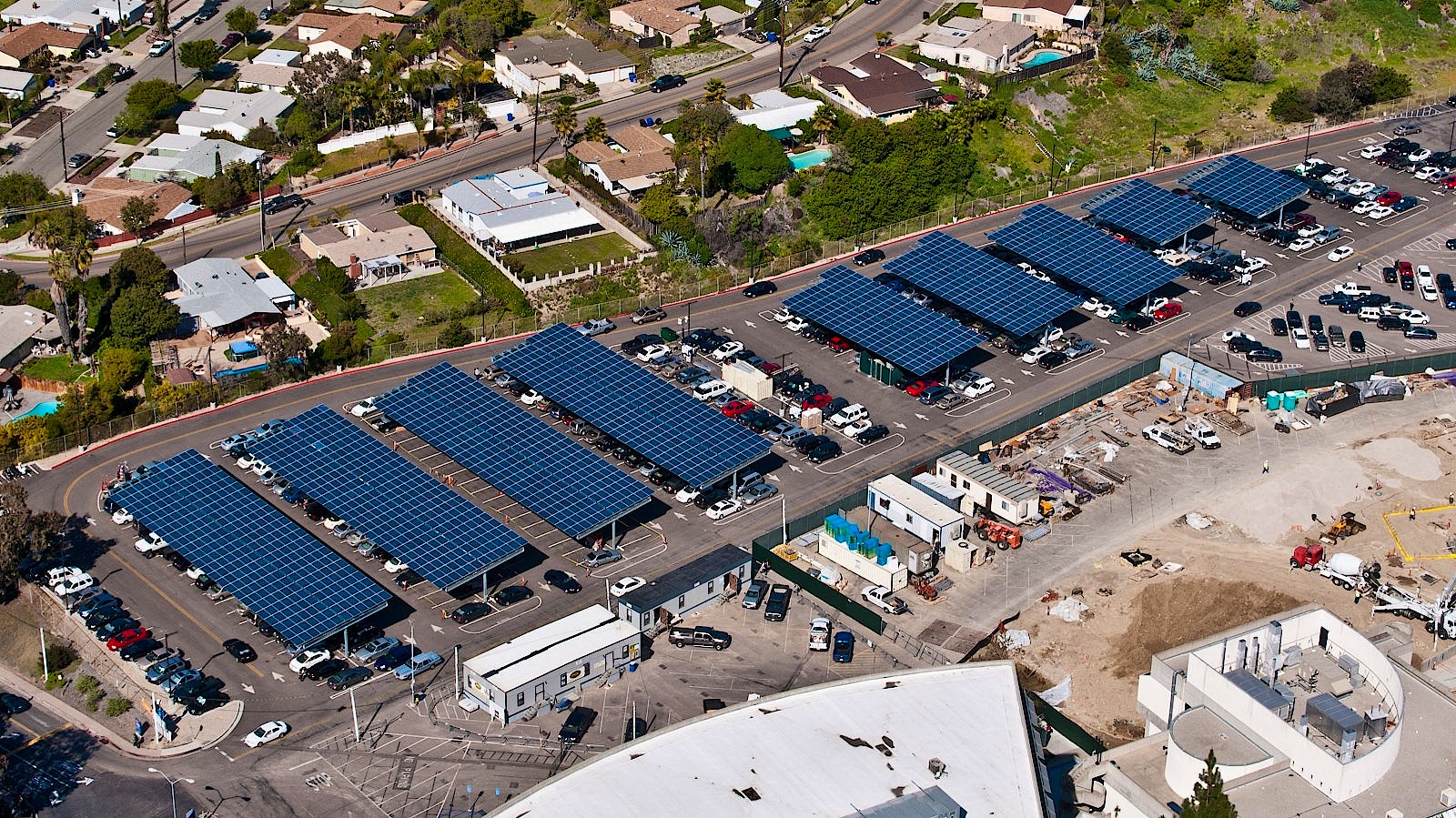 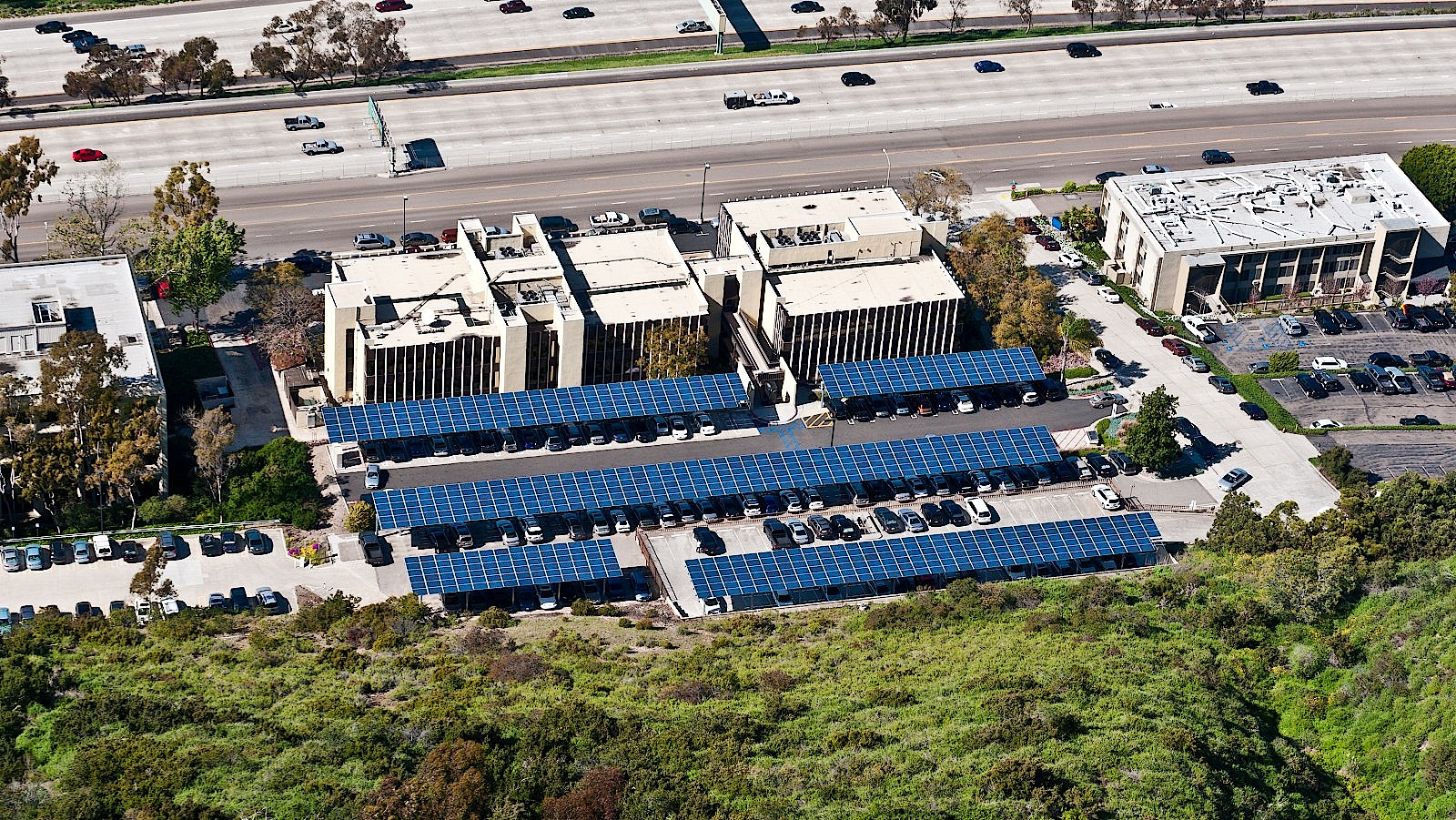 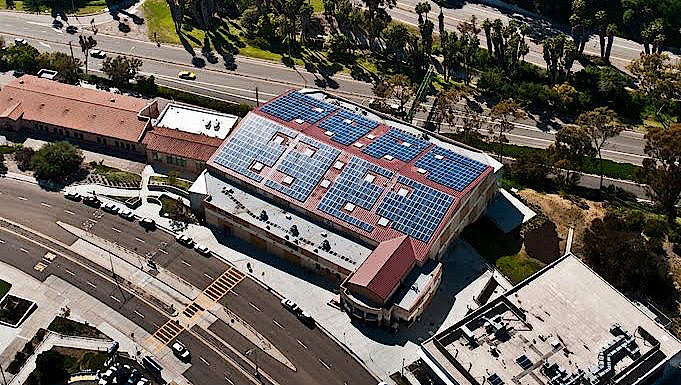 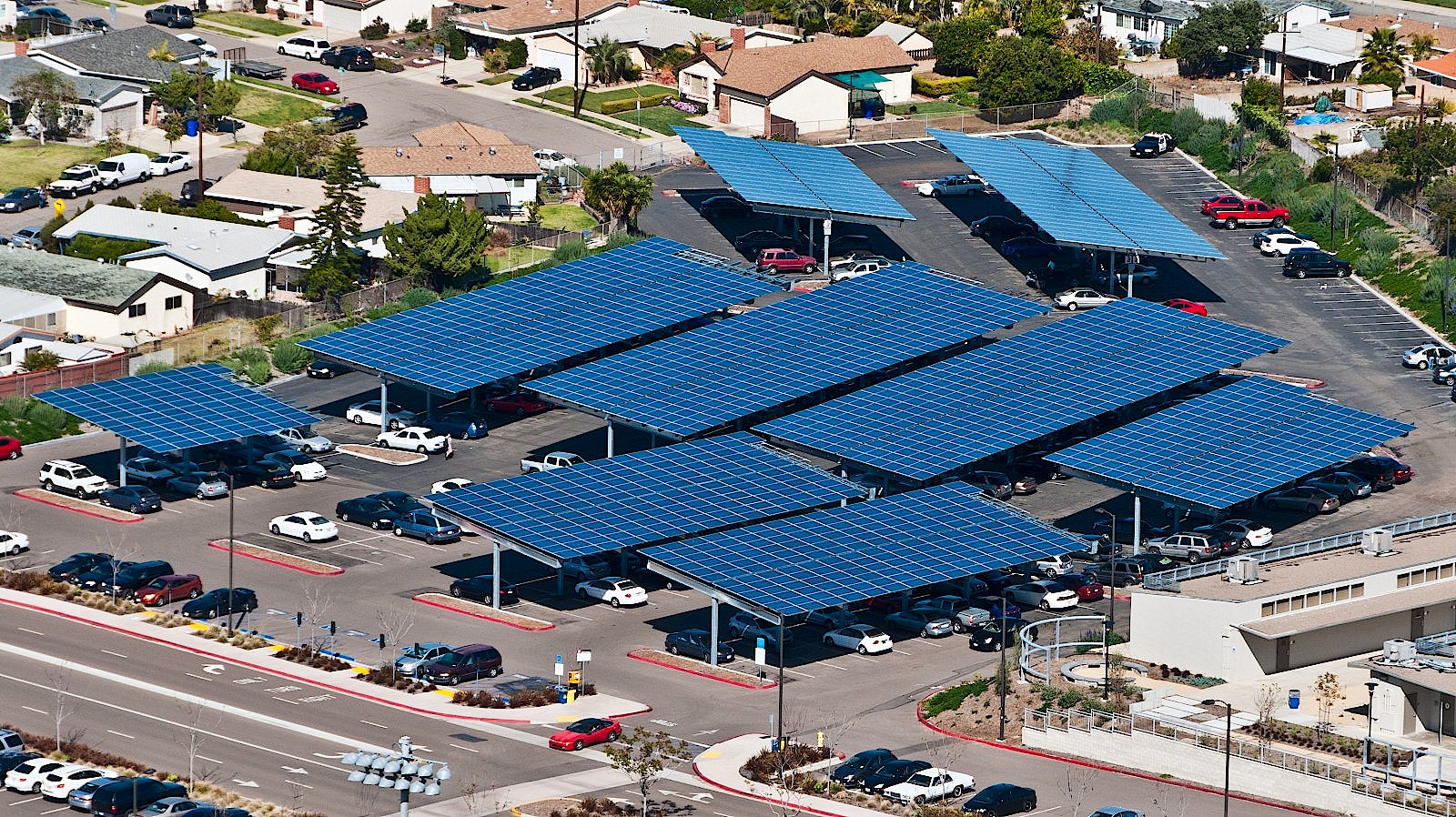 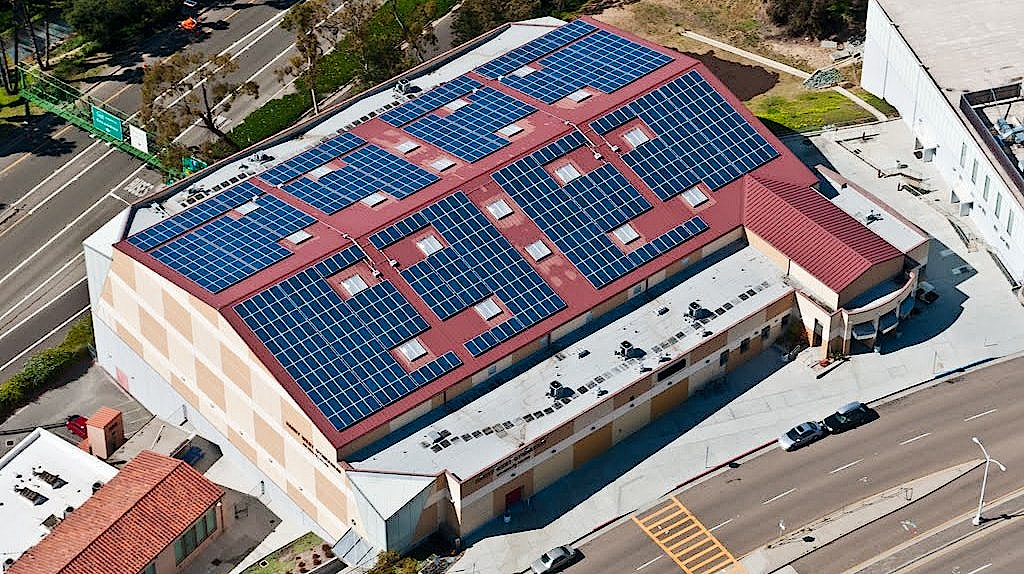 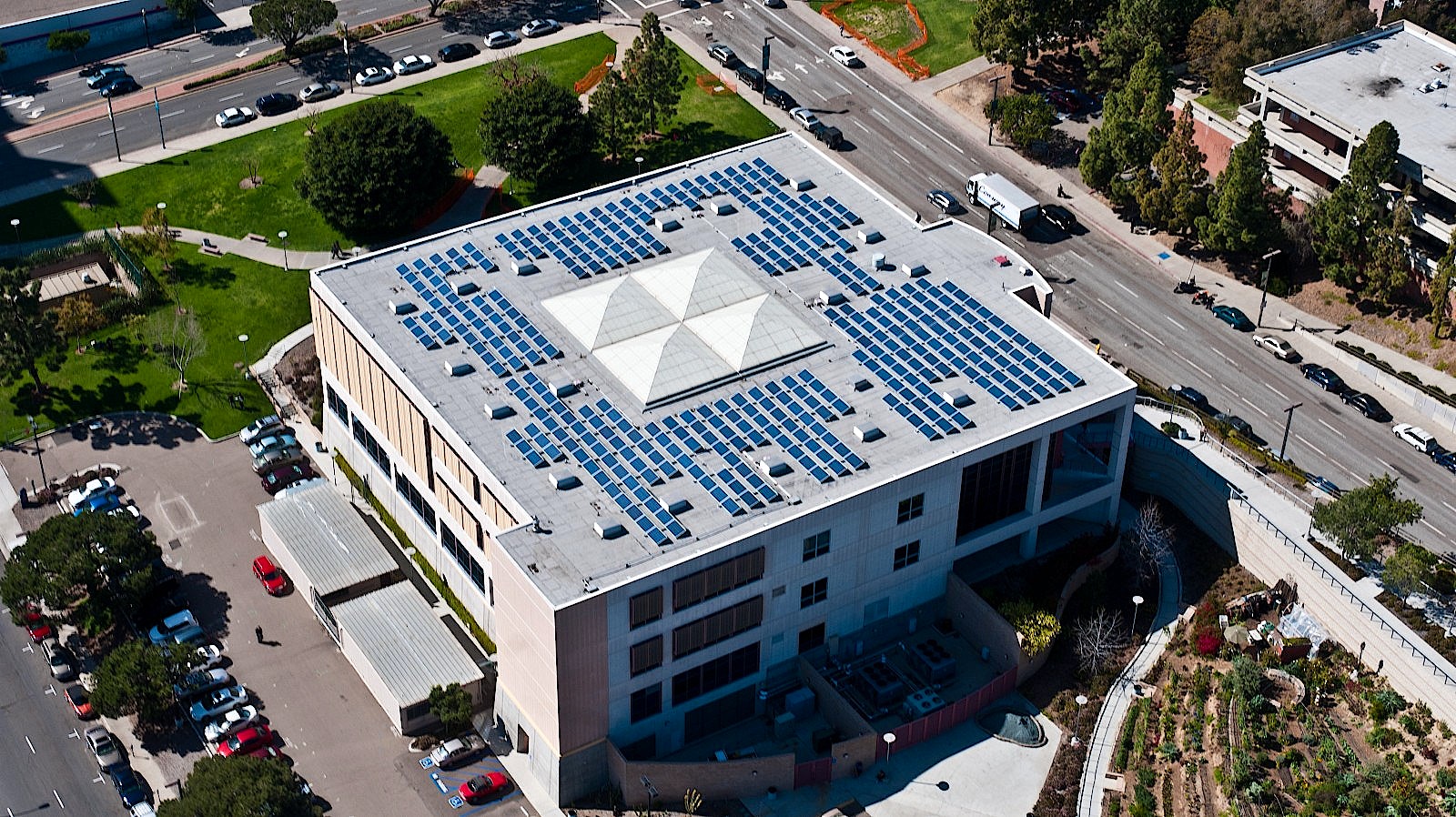 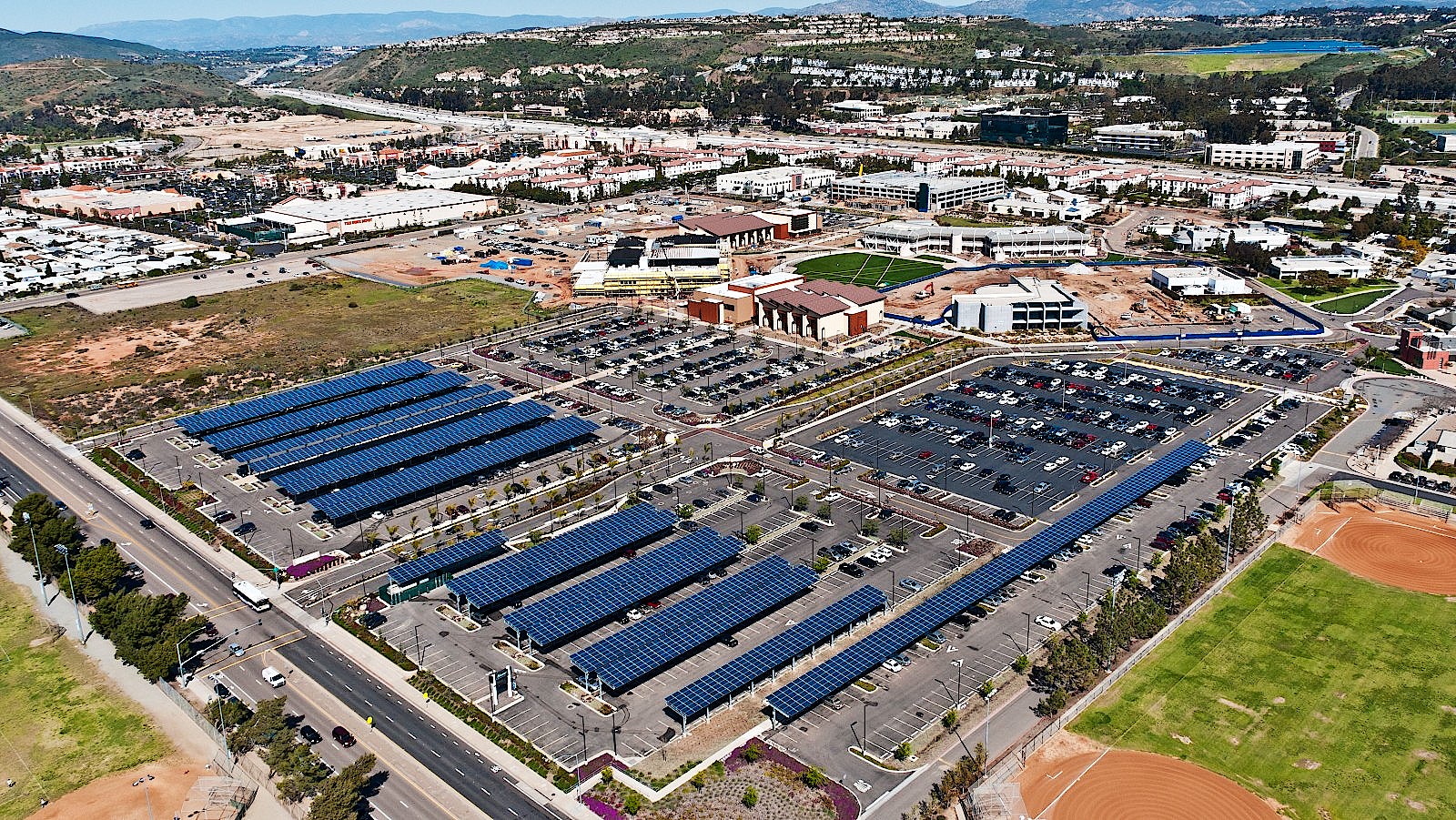 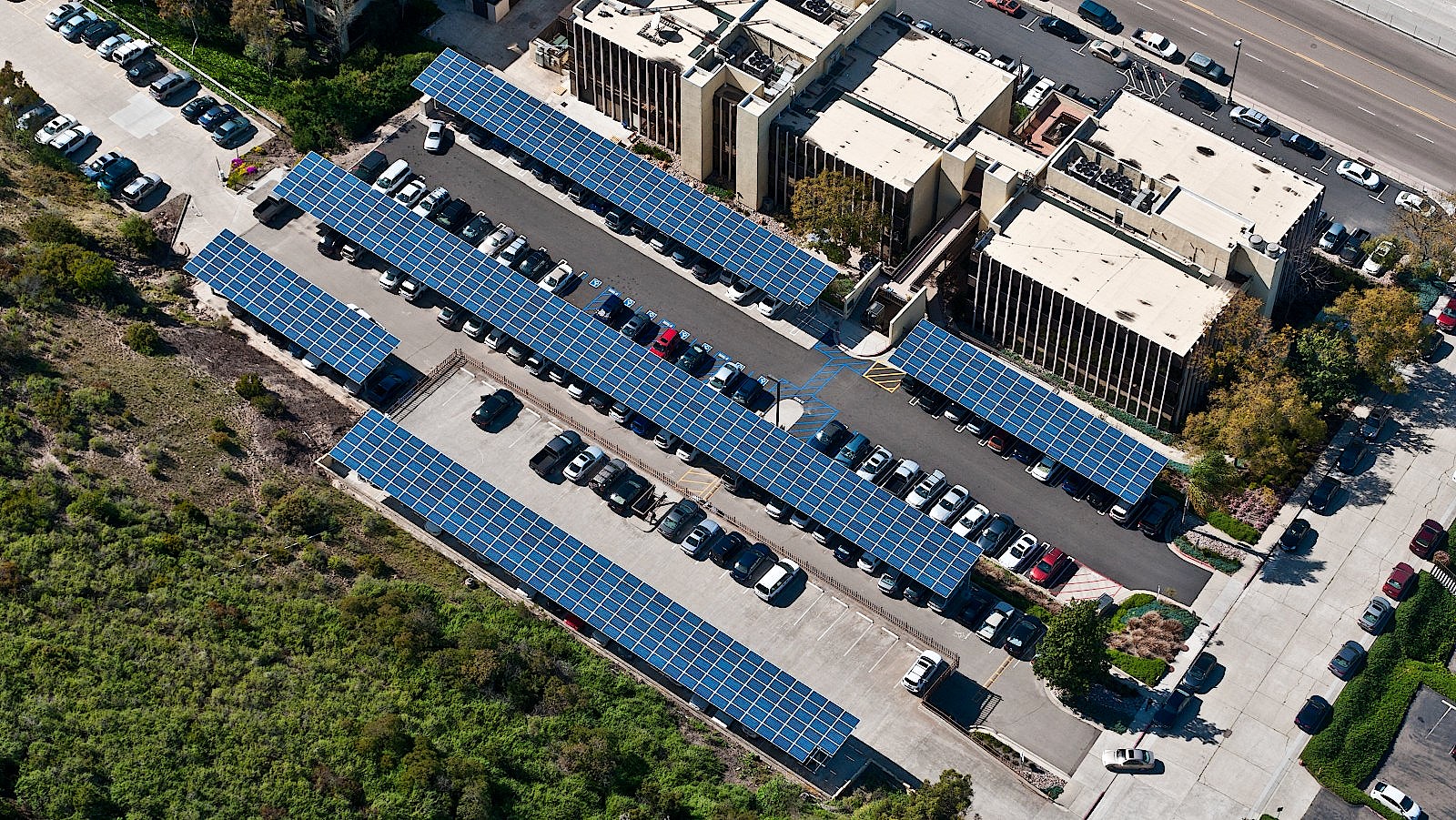 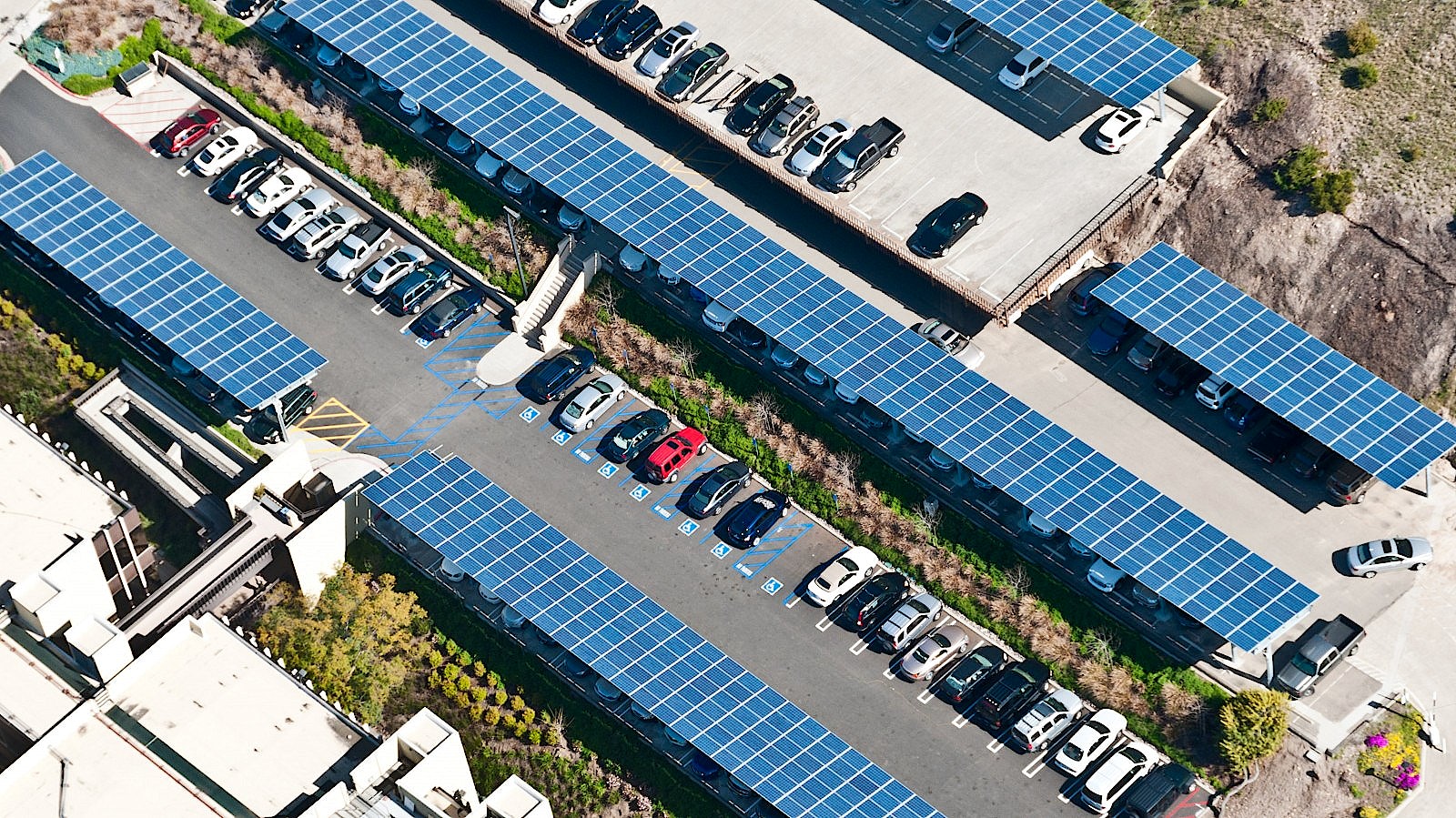 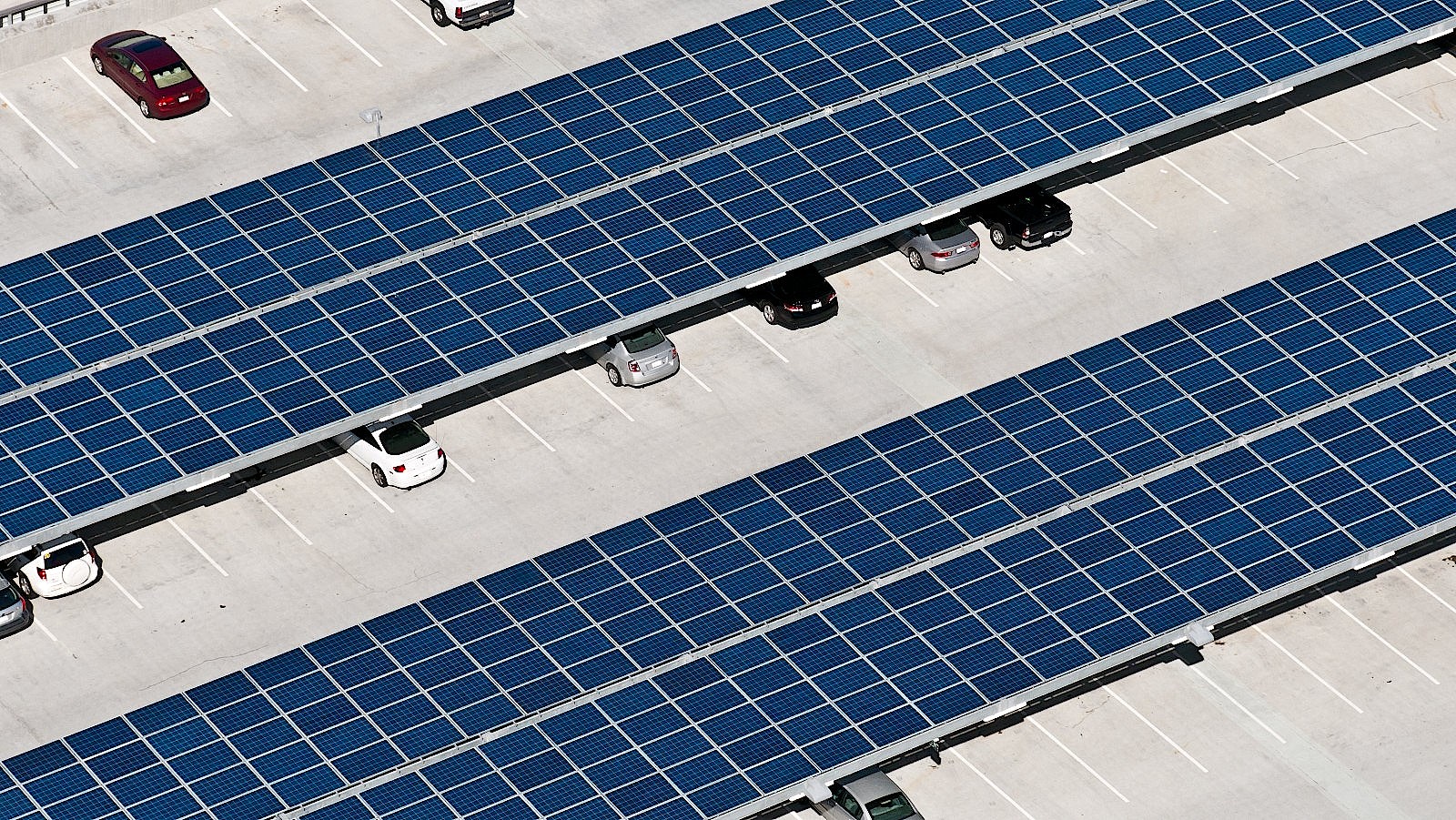 Over $2.2 million in energy savings without the upfront capital investment

The San Diego Community College District (SDCCD) multi-site solar energy systems total just over 2.8 MW in size. The installation is one of the largest installations for a Community College District in California. The modules are mounted on custom shade structures (carports) at the Miramar Parking Lot, Mesa Parking Lot 1, Mesa Parking Lot 2, Mesa Parking Garage and District Office Parking Lot. The modules are mounted atop SunLink Rooftop racking at the City Campus (LRC) and Mid-City (CEB) buildings. The modules are mounted atop ULA Flush Mount Racking at the Harry West Gym. Each system utilizes Satcon or PV Powered inverters ranging from 50 kW up to 500 kW. Borrego’s Project Development team determined the best technologies for the site that would have high energy production while yielding the greatest return on investment would be Yingli’s 230-Watt modules, Satcon and PV Powered central inverters and Sunlink Rooftop, ULA Flush Mount or custom-designed carport racking (dependent on the site). The San Diego Community College District’s solar power installation consists of 12,222 Yingli 230-Watt solar modules.

The SDCCD solar installations were financed with Borrego Solar’s integrated power purchase agreement. That means, for no capital outlay, the District (for 20 years) is able to purchase the clean renewable solar energy produced by their systems for about 18% less than what they were paying San Diego Gas & Electric, which amounts to about $110,000 annually. As the taxable owner of the solar power installations, Borrego Solar’s ability to bundle the state’s California Solar Initiative (CSI) rebates and Treasury Department 1603 Grant program funds made the project financeable. In addition to lowering the District’s carbon footprint, they will also be shielded from 4-5% (per year) increases in energy rates.