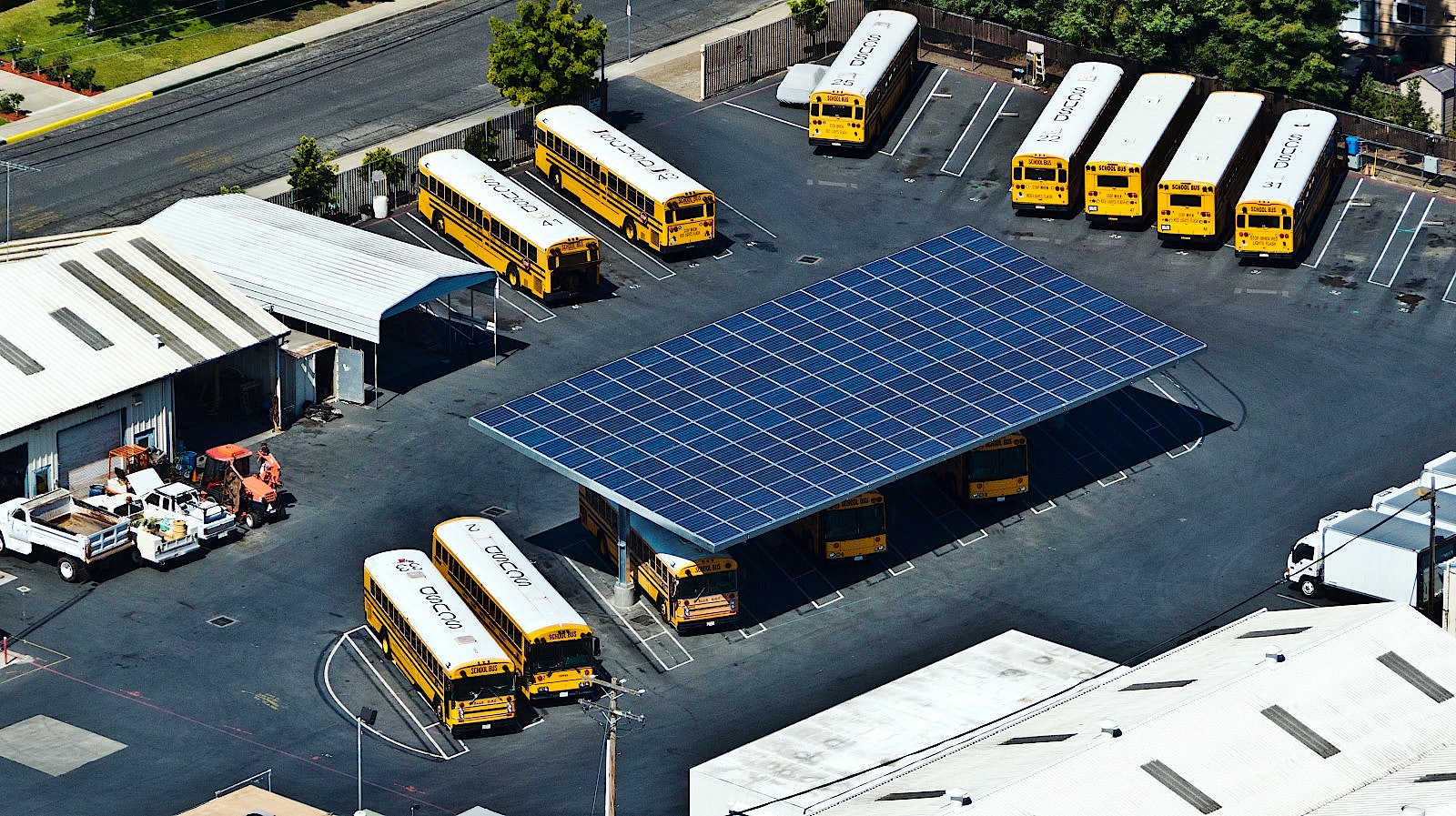 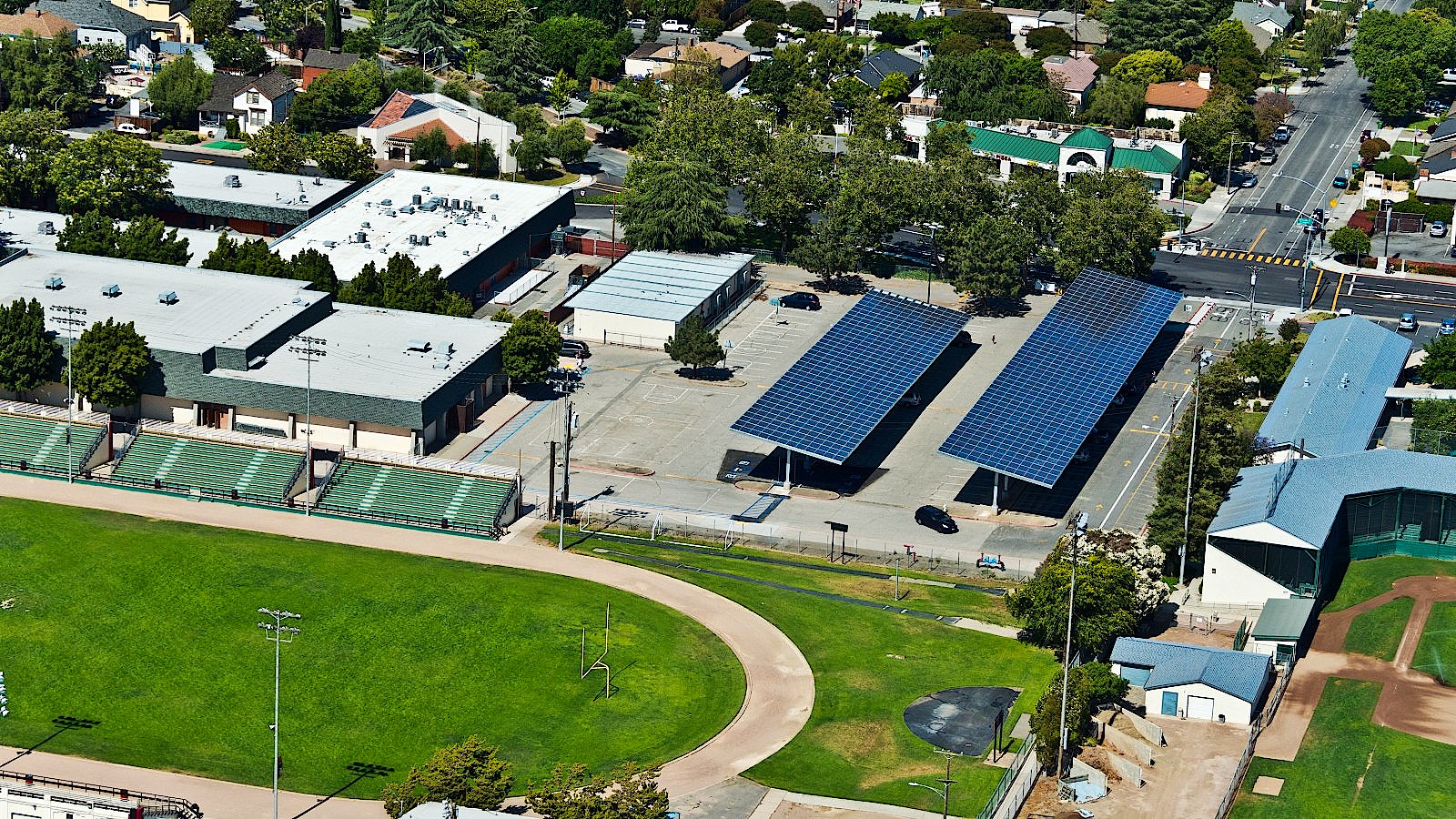 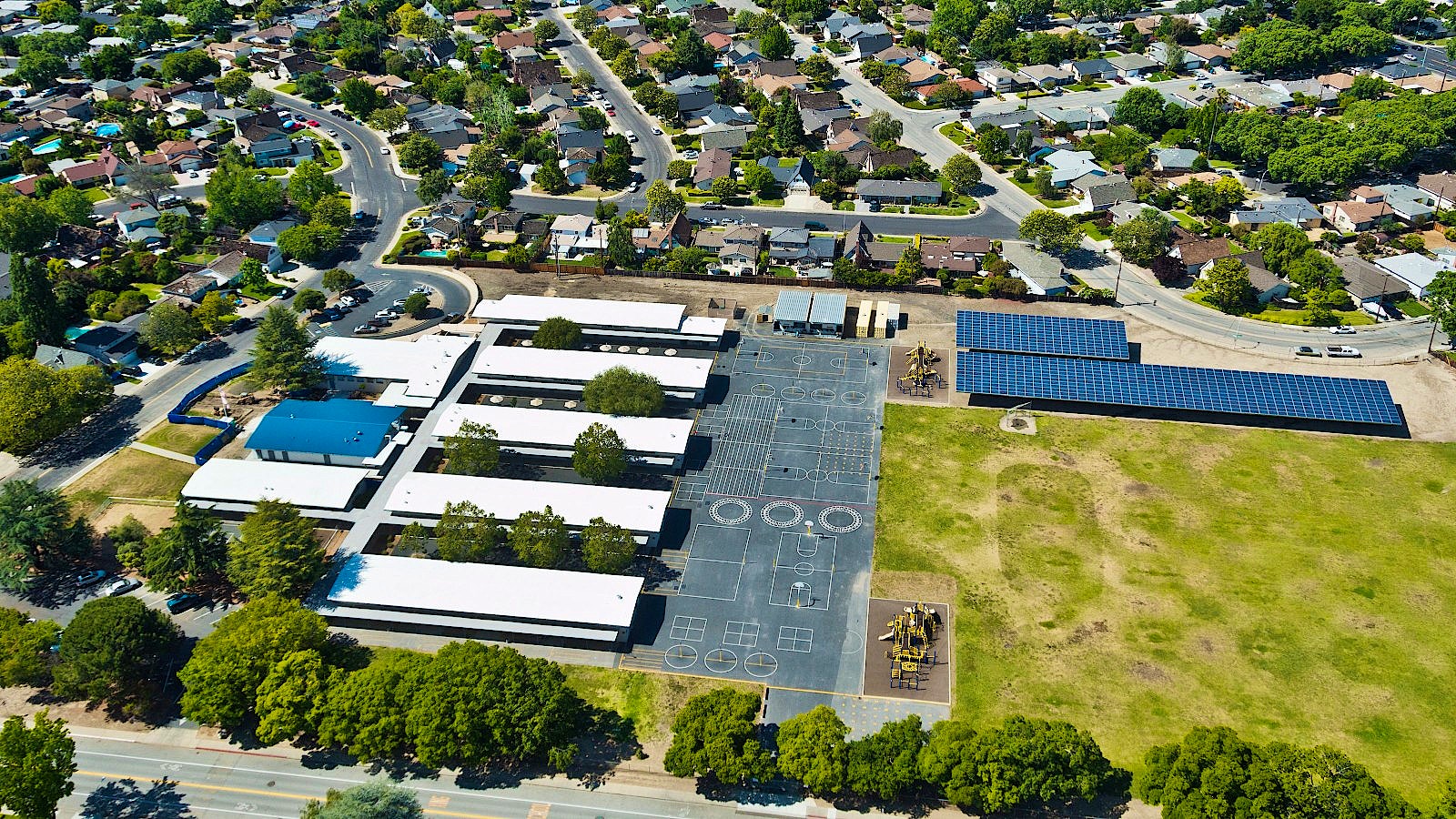 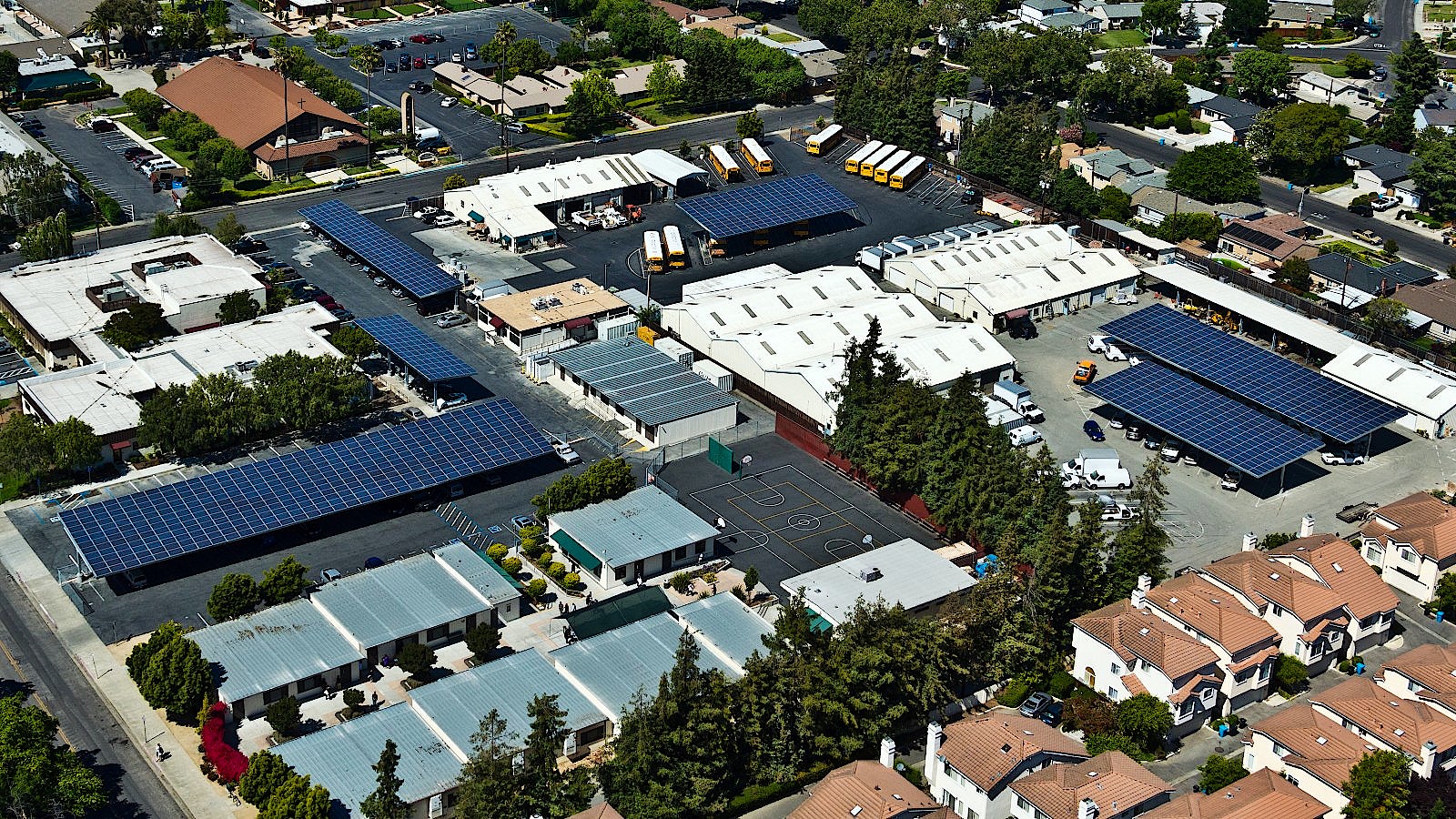 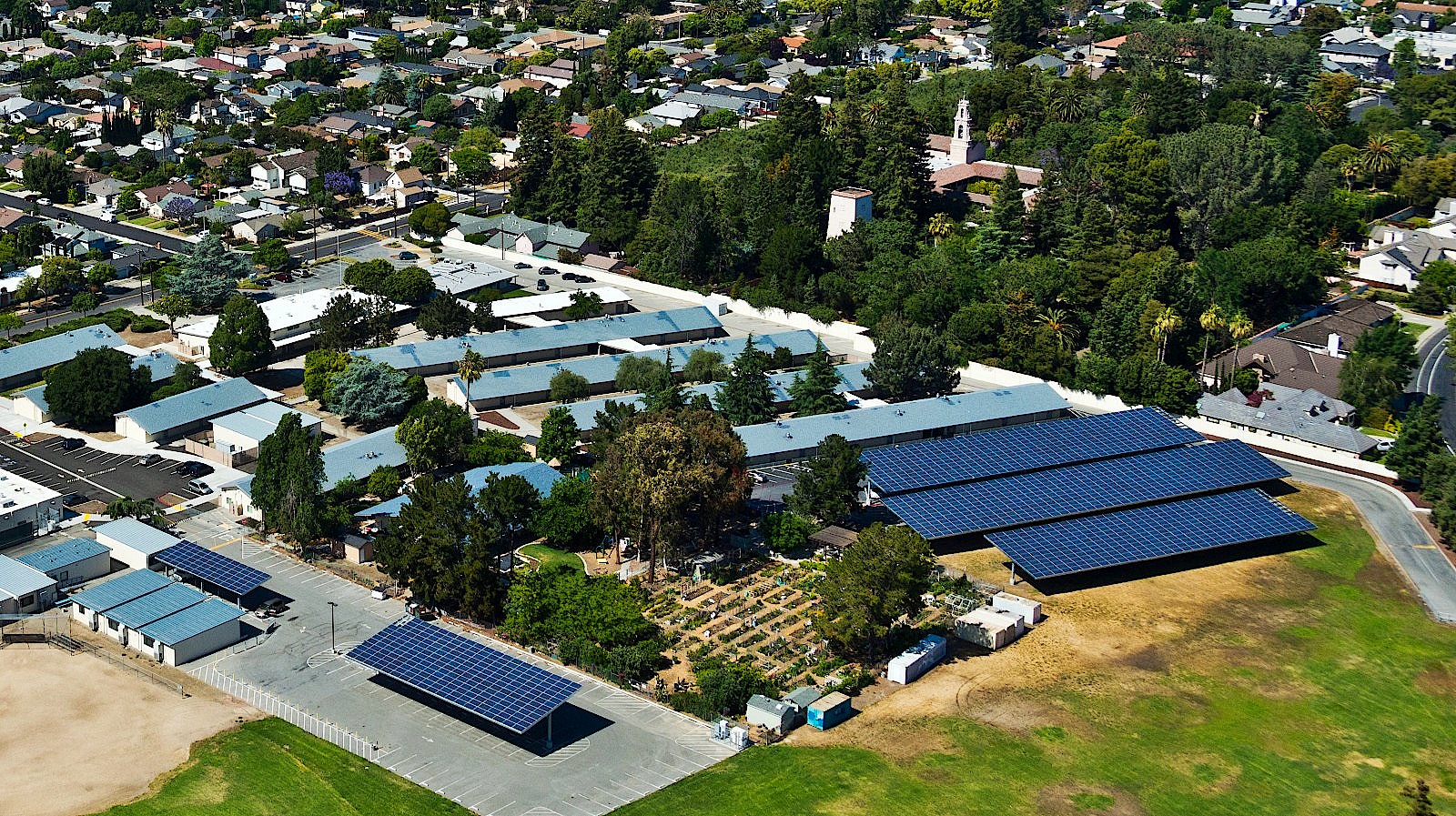 Saving more than $20 million in energy costs over 25 years

The Santa Clara Unified School District team had been working on projects to increase energy efficiency for two years. The lower cost and easy-to-implement energy efficiency measures were implemented first, and then the team conducted additional research to determine which campuses could benefit most from having further reduced electrical bills. Members of the district developed specifications for a district-wide solar project and various companies responded. Borrego Solar Systems, Inc. was the design-build vendor awarded the contract.

Nearly two megawatts of aggregated solar capacity for the Santa Clara USD have been installed at the Santa Clara High School, Wilcox High School, Buchser Middle School, Peterson Middle School, Wilson Education Options Campus, Mariposa campus, and the District’s offices. The majority of the arrays are elevated shade structures, which in some cases are used as carports on campus parking lots. At the District Offices, carports were raised to shade a portion of the District’s bus fleet. The solar energy systems installed at the Peterson Middle School and Mariposa campuses are traditional fixed-tilt ground mounts installed on unused District land adjacent to school activity fields.

The solar arrays at several of the Santa Clara USD facilities were financed in part by a $15 million voter approved General Obligation Bond (G.O. Bond), and are expected to save the District more than $20 million in energy costs over 25 years. These energy savings, which are calculated on a net-metering schedule, allow the district to offset their energy bills from the local utility with power generated by the solar installations. The savings are based on the difference between the electricity the District generates and what it consumes. The more solar energy Santa Clara USD generates, the lower their utility fees. With solar, Santa Clara USD saves approximately $500,000 per year in energy costs.