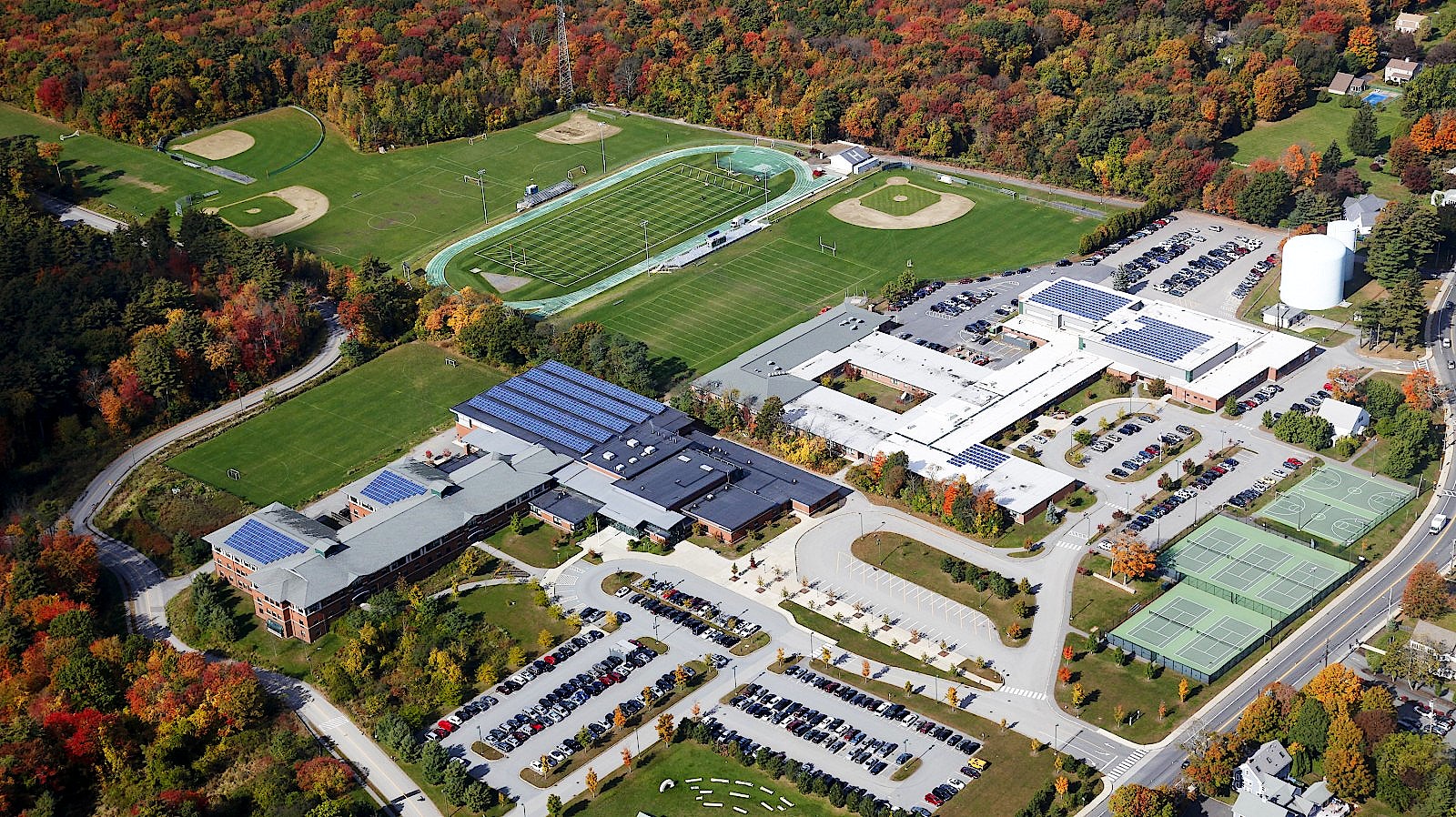 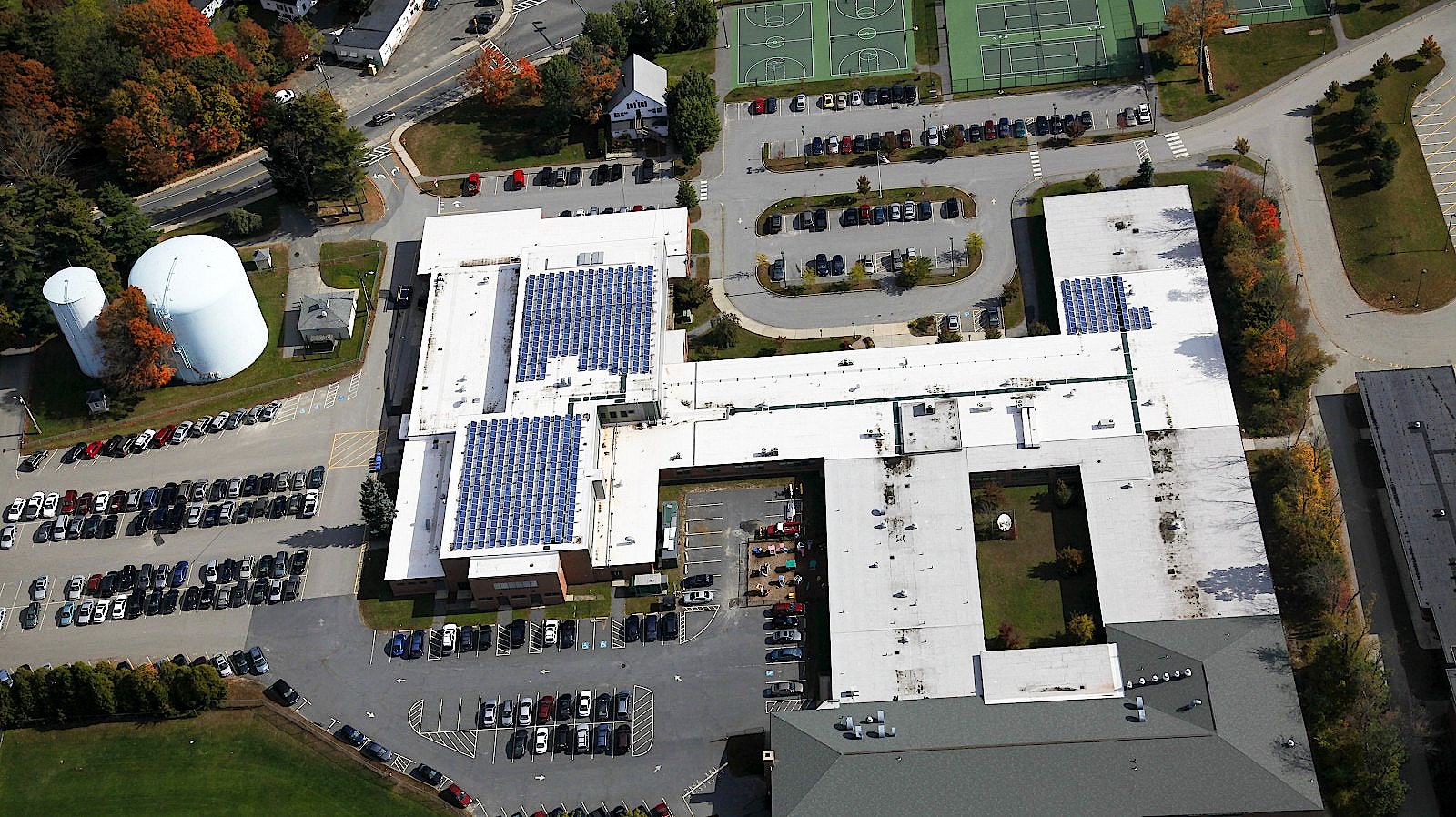 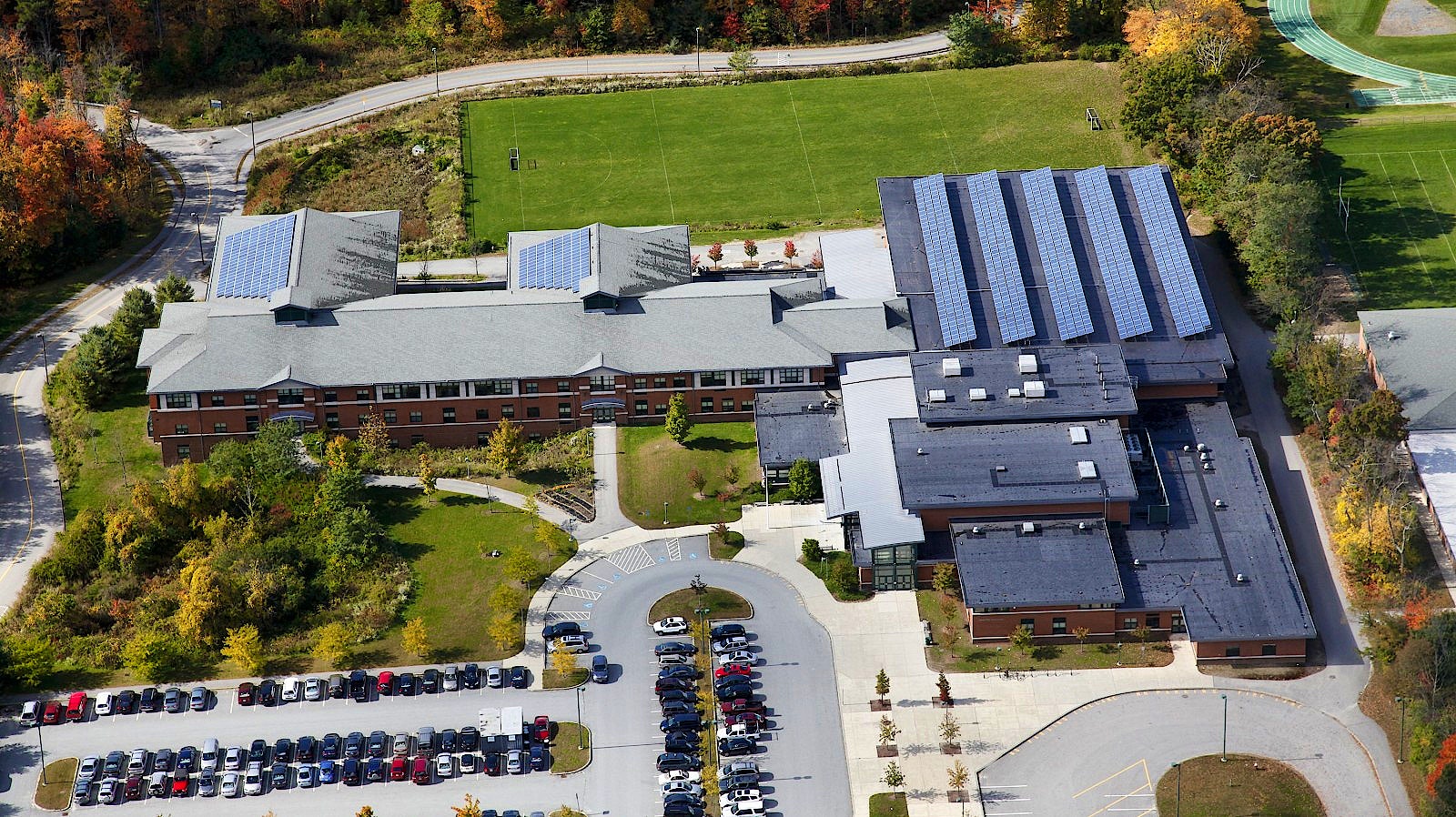 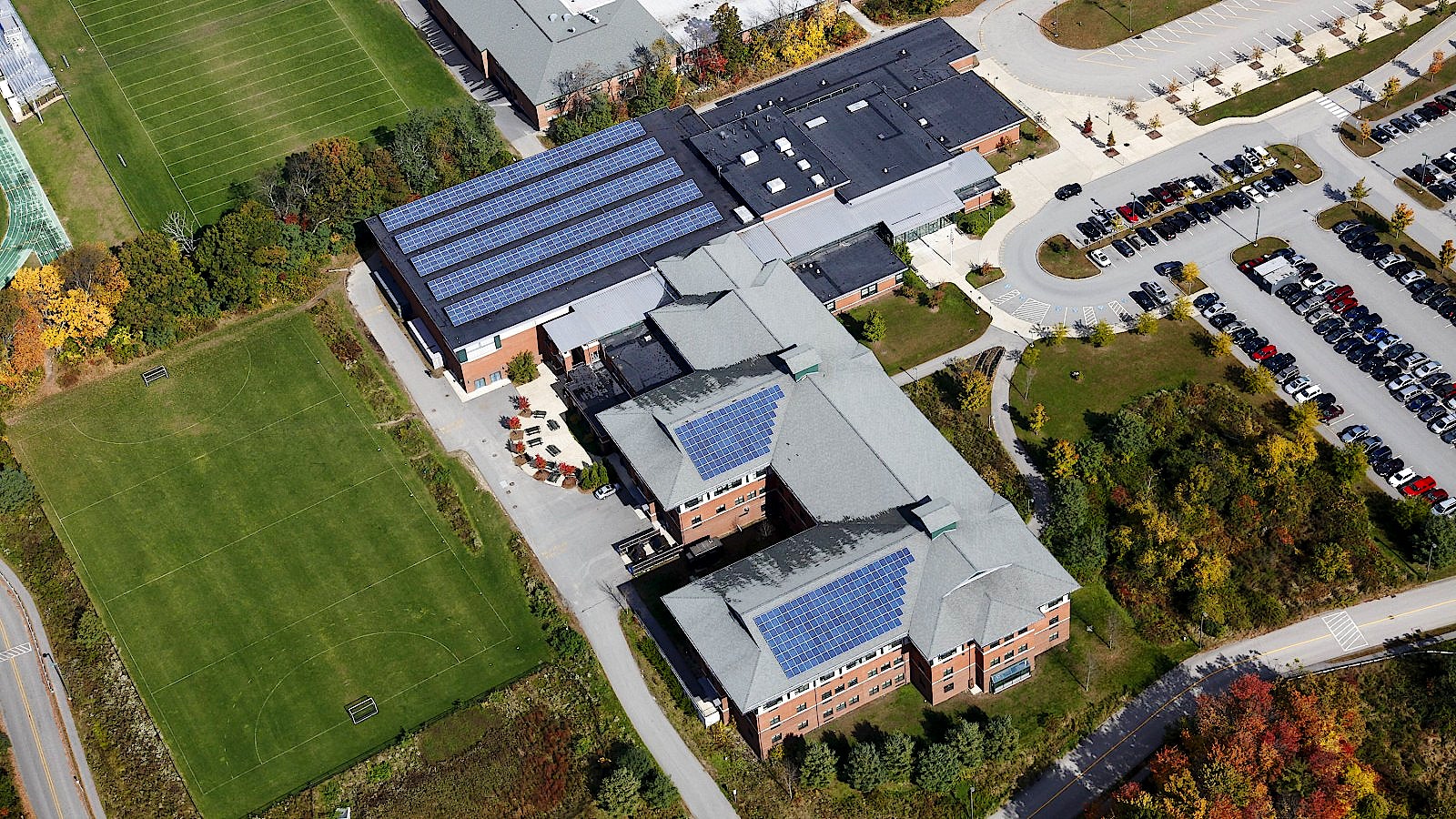 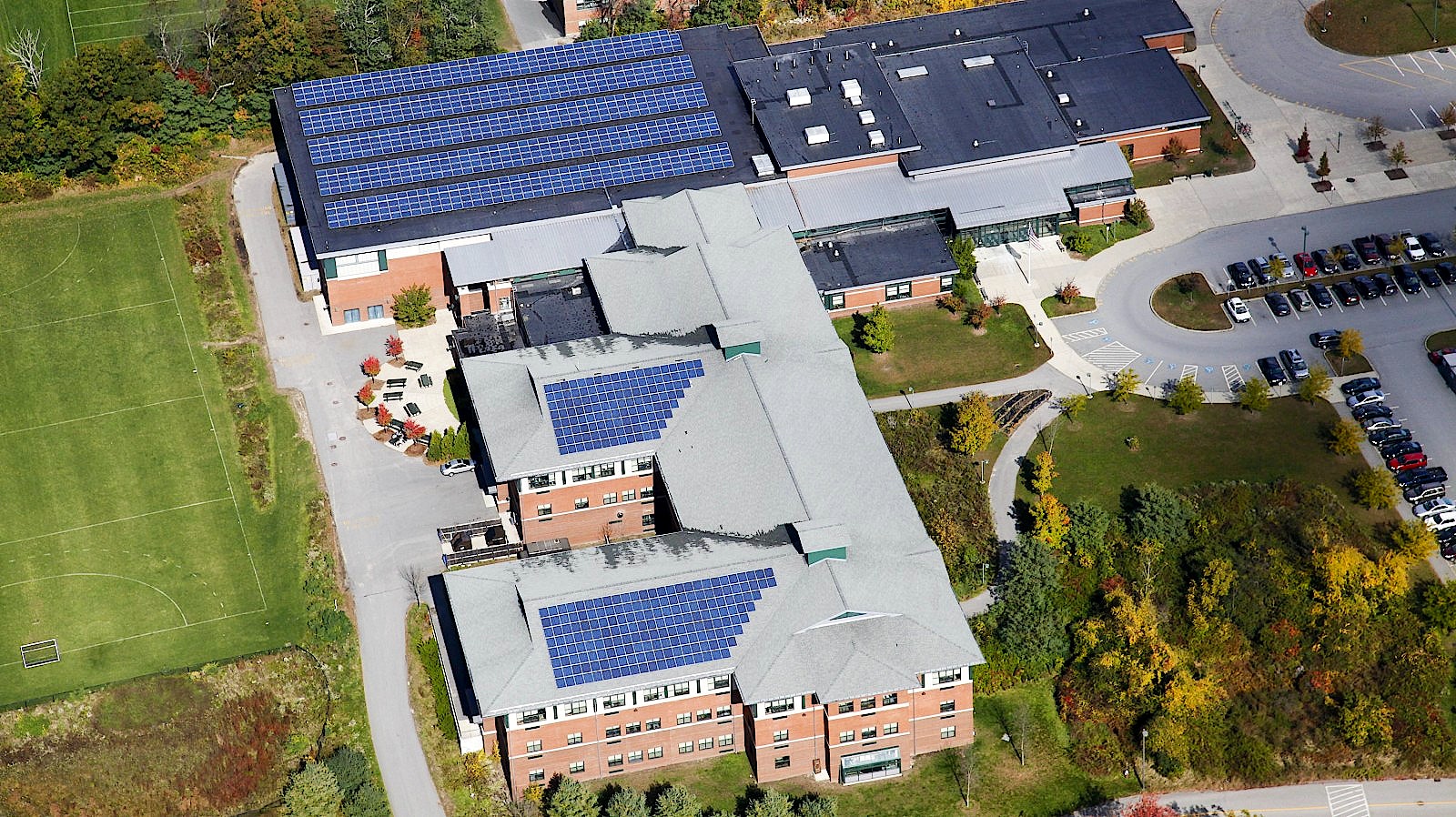 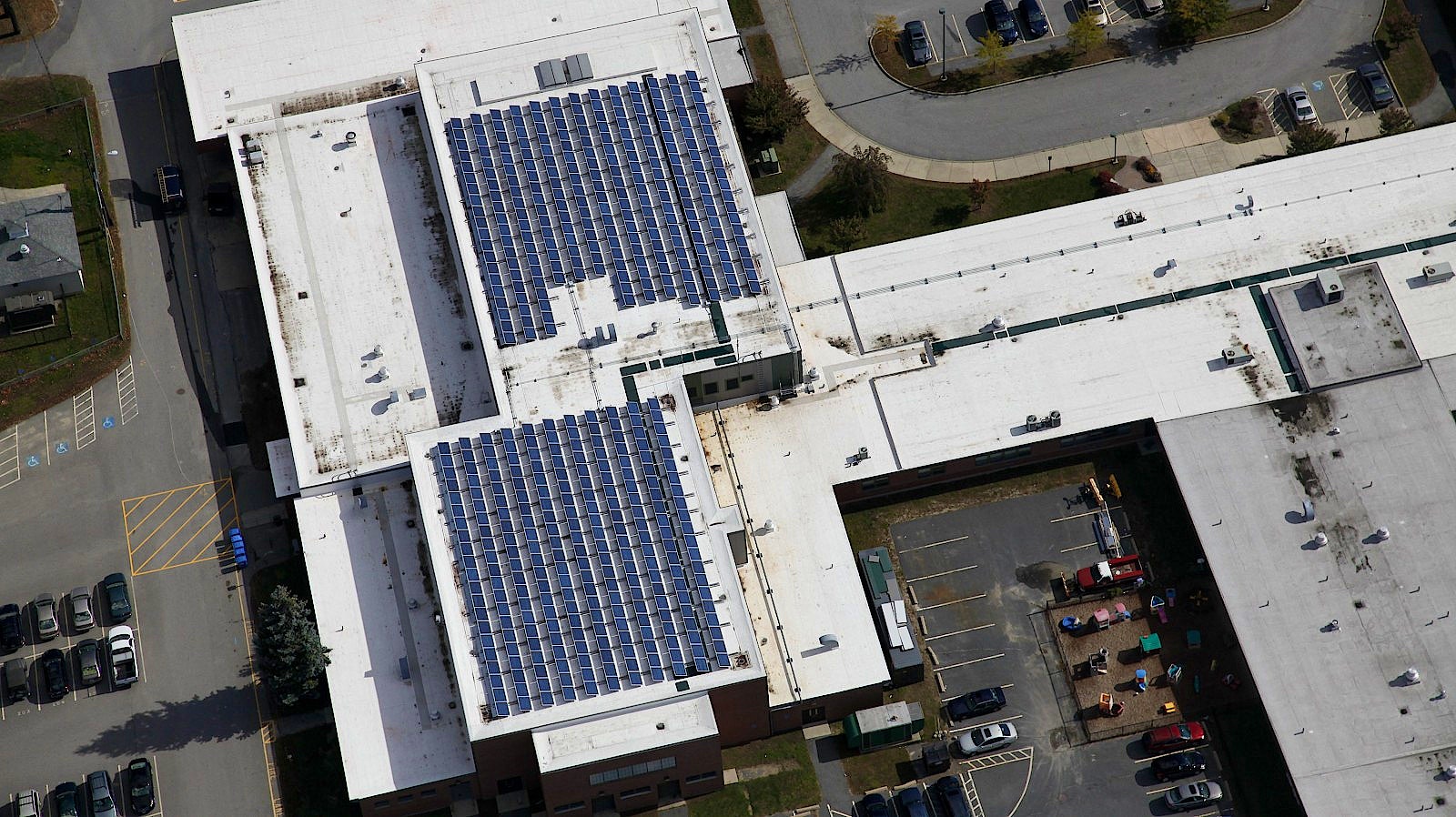 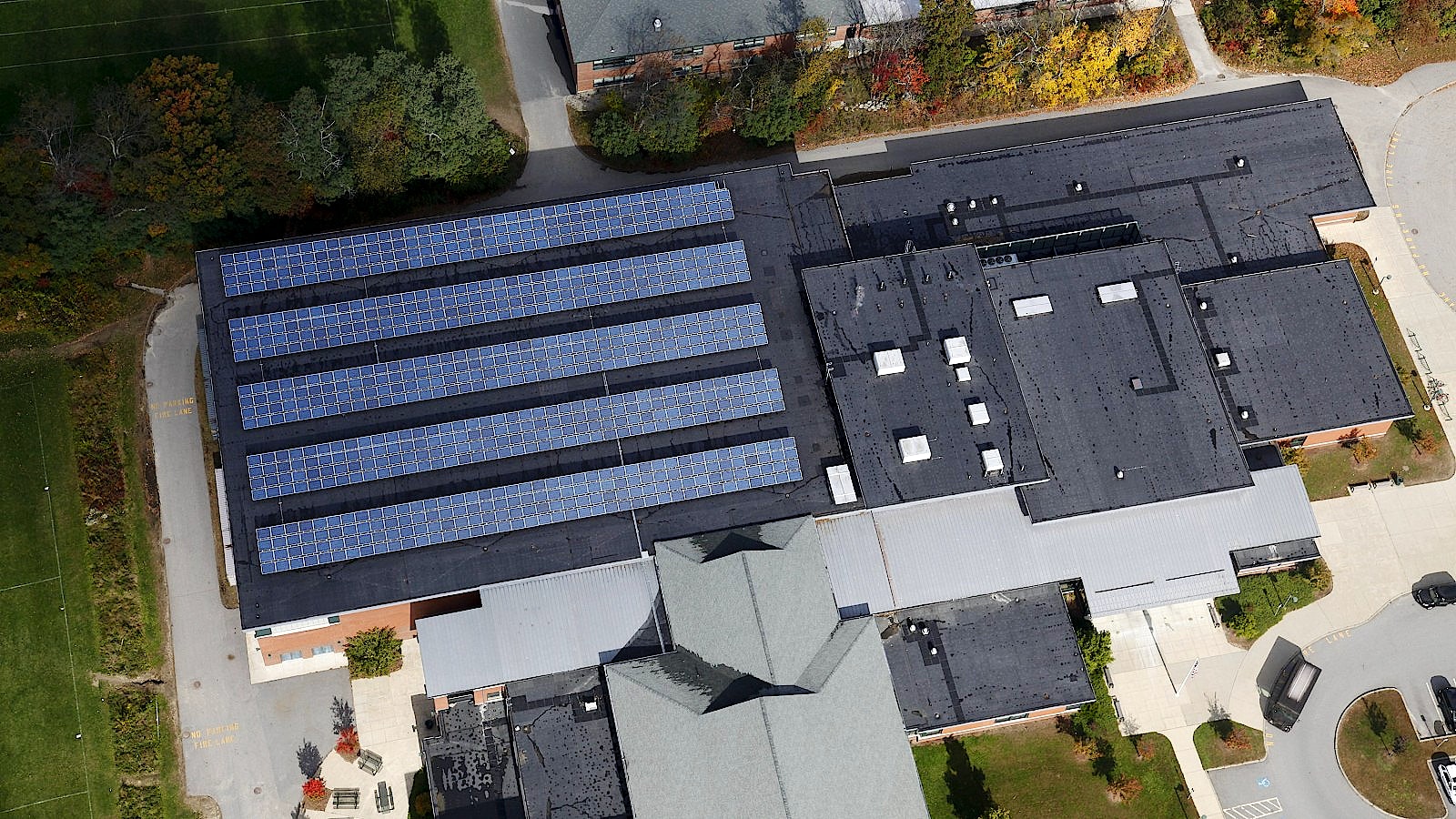 Offsetting about 15% the schools' energy costs

The Town of Hopkinton MA has been leading by example when it comes to energy efficiency, and environmental consciousness. In May of 2010, Governor Deval Patrick announced that Hopkinton was part of the first round of municipalities to get the “Green Communities Designation” for meeting the five criteria outlined by the Department of Energy Resources’ Green Communities Act. The solar installations on Hopkinton’s High School, Middle School, Police Station, and Fire Department have helped them satisfy the need to compile energy use of all municipal buildings and pledge to have them reduce energy consumption by 20%.

The 193kW Hopkinton High School installation was installed on three different roofs (one flat and two sloped) with two different racking systems. The flat roof portion has five individual arrays made up of 160 Yingli 175W modules using SM2 racking systems. The two sloped roof sections use Unirac rails mounted to a Fast Foote flashing system. One consists of 125 modules and the other 181. The biggest challenge on this job was squaring the SM2 racking on the flat roof due to the east west length of the arrays. In the end we were able to square between the up rights. This installation also had an existing lightning protection system on the roof. After installing our array, we worked with the original lightning protection contractors to add some additional lightning rods to the three solar arrays and bonded them into the established copper wire protection grid.

In order to support the school’s efforts to utilize their solar installation as a teaching tool, our team installed a kiosk monitoring system at the main entrance of the high school. The kiosk is tied into the DAS monitoring system and with the use of a touch screen, students and faculty have the capability to see the high school, middle school, fire station or police station’s live and historical PV production data.

The 95kW Hopkinton Middle School installation is comprised of three Sunlink arrays (two on top of the gym and one on a lower classroom roof top) all at 20° tilts. The biggest challenge on this job was having to widen the access grate to an outdoor underground electric room where the school wanted to house the inverter.

The smallest installations are on the fire and police stations (11kW and 25kW respectively). The fire station had a flat roof SM2 mounted array and two awnings on the façade of the building made from Unirac parts bolted through the brick veneer wall.

Originally, the Town of Hopkinton was going to purchase and own their own solar installations, but with some budgetary changes, it wasn’t feasible to front the upfront cost of going solar. That’s when Borrego Solar brought in third party financiers, Boston Community Capital, to offer the town a power purchase agreement (PPA). Under the terms of the PPA, Boston Community Capital paid for the parts and labor costs and owns the installations, and is selling Hopkinton the energy produced at rates less than what they were paying for brown power from the local utility. By setting up a private entity to own the installation, the federal investment tax credit, accelerated depreciation, and MA State rebates could be monetized making the deal pencil for all parties involved. The solar power collected by the panels in Hopkinton is expected to offset energy costs by about 15%.