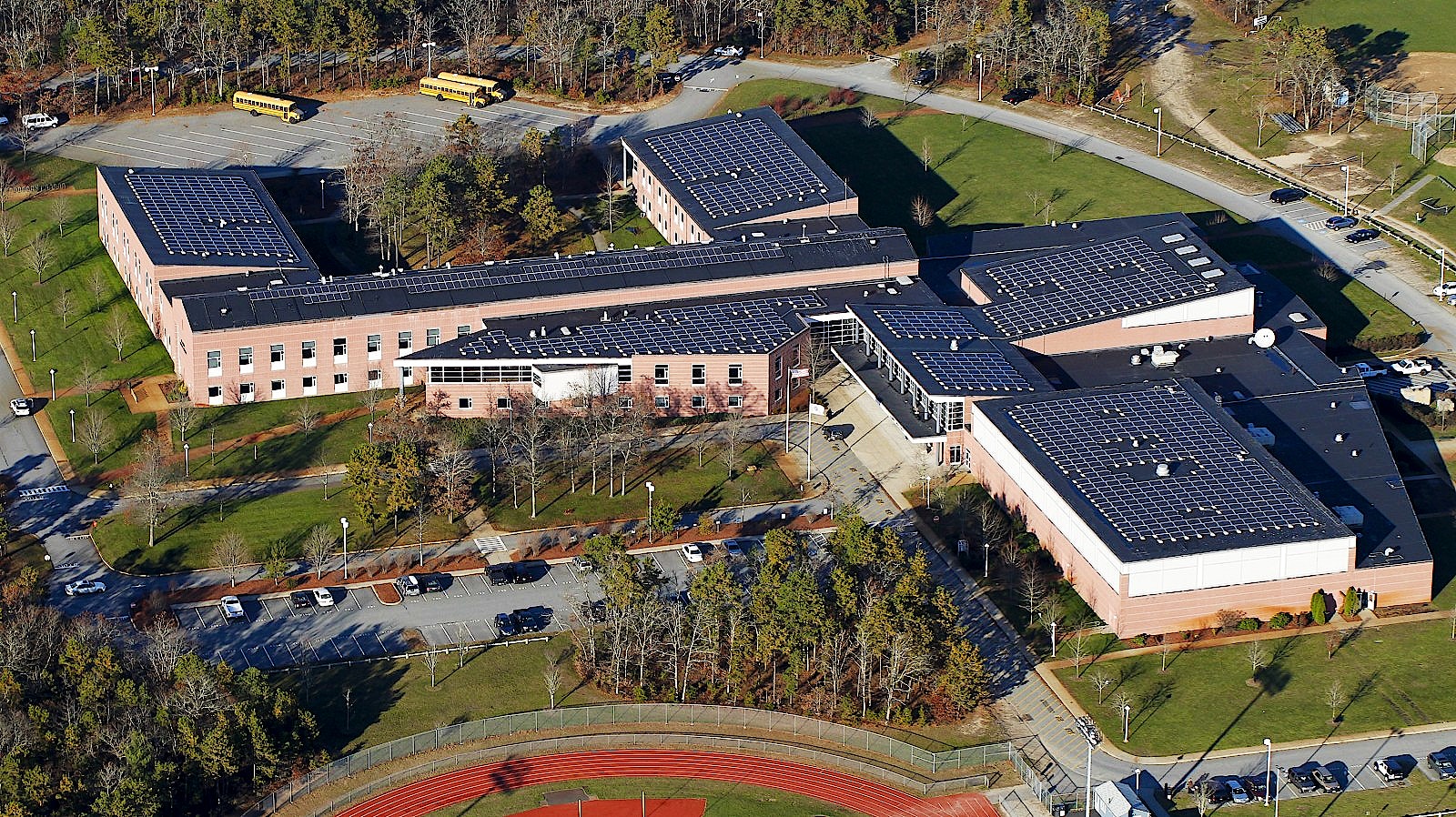 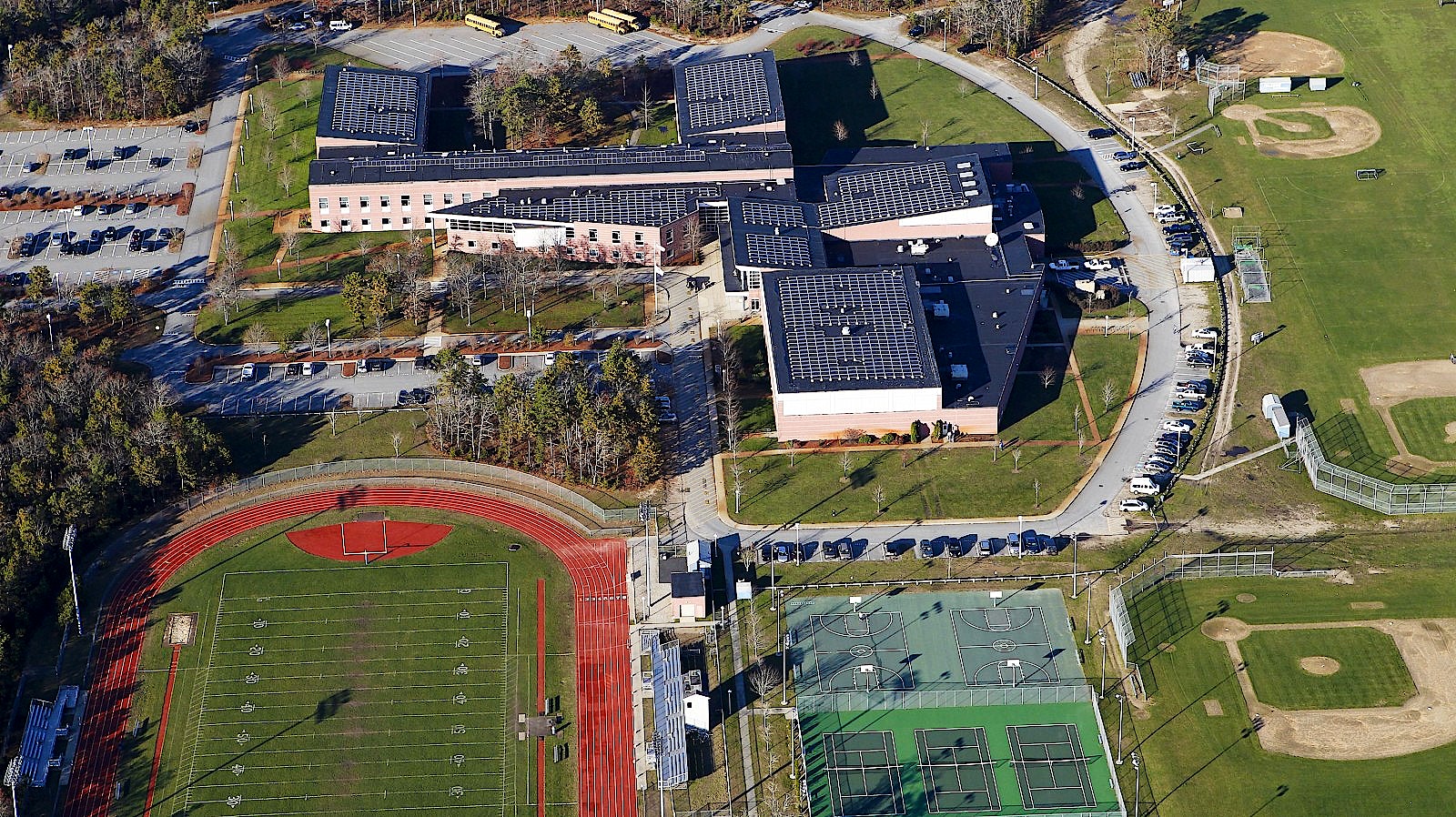 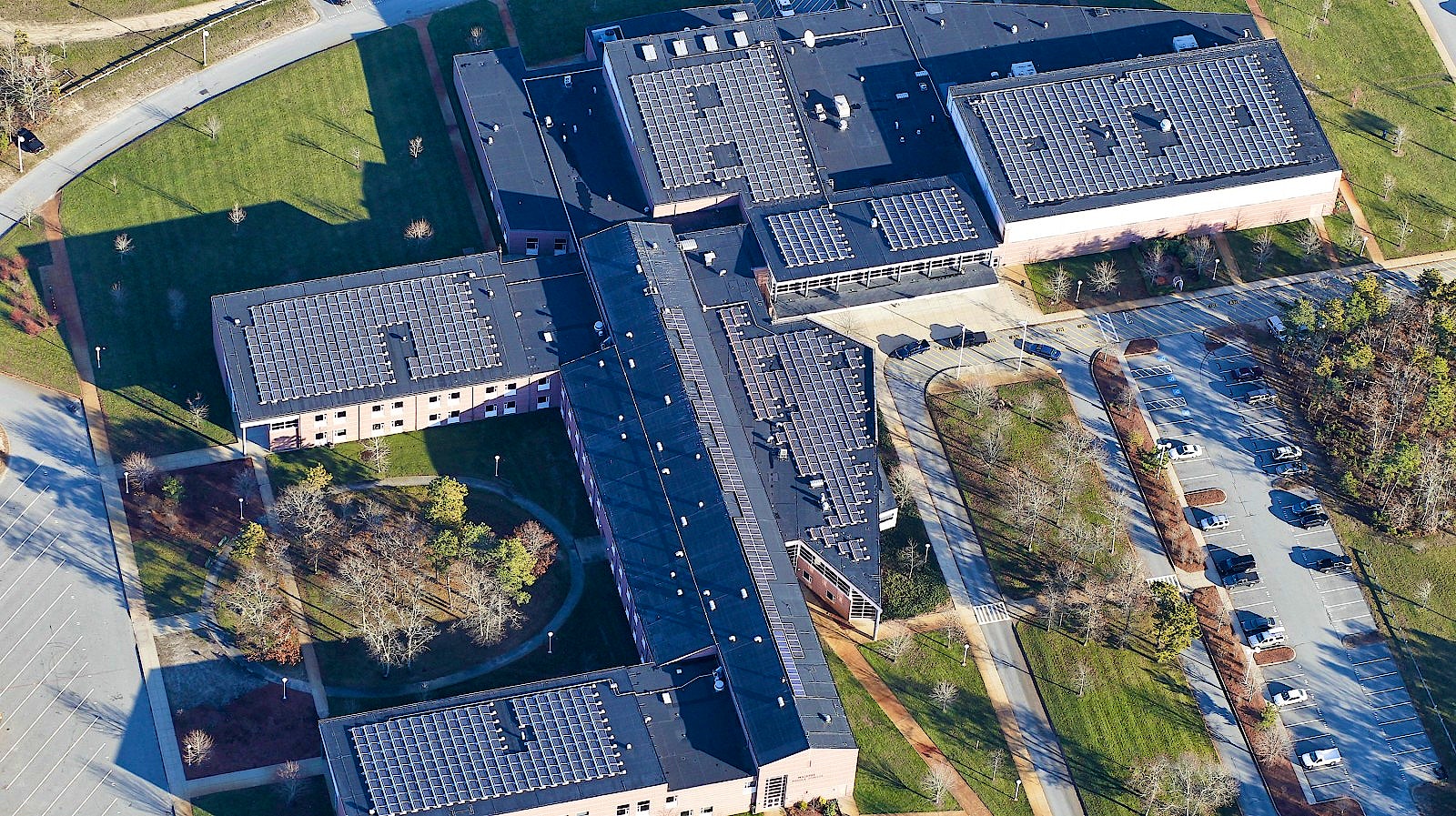 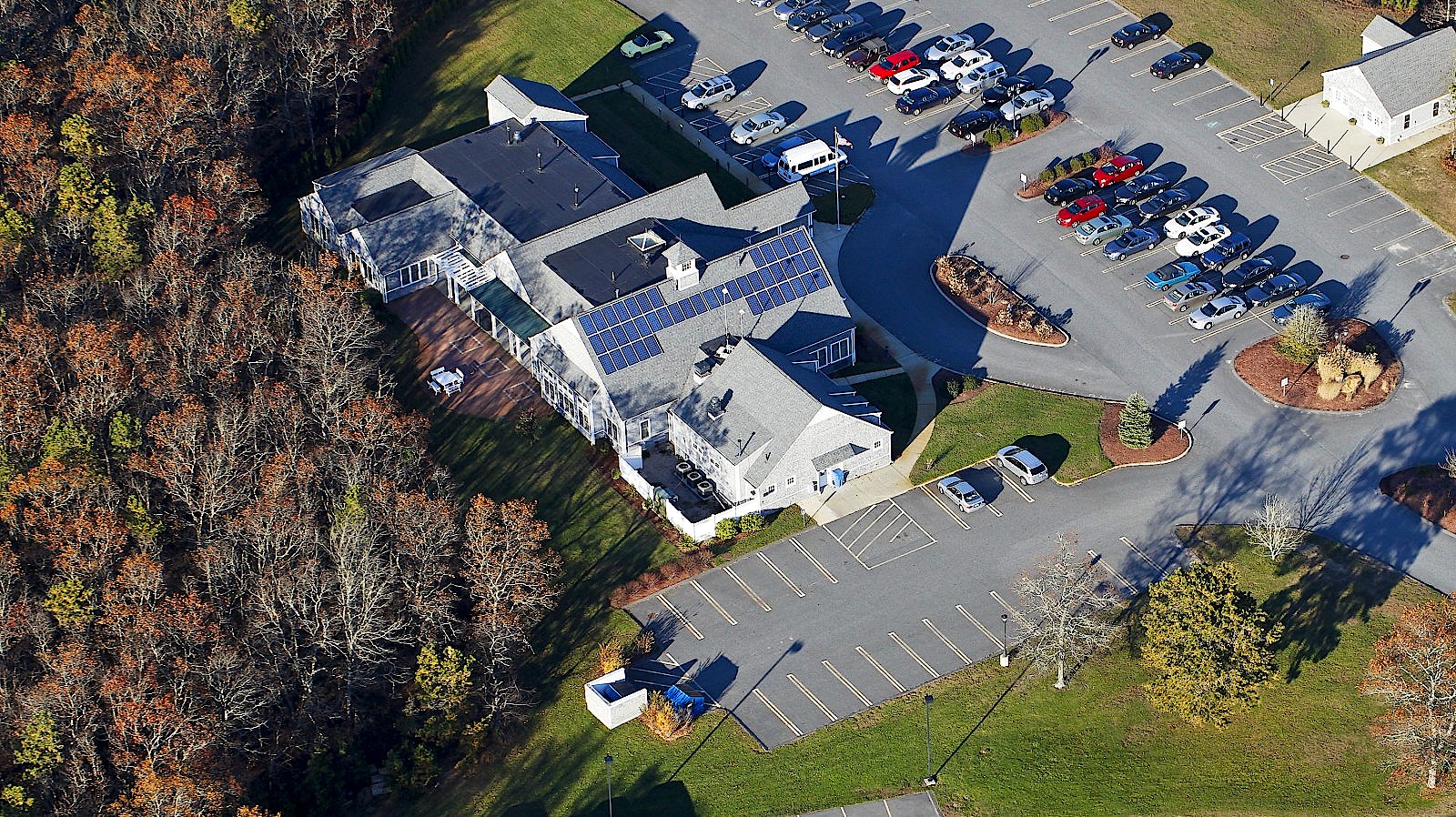 In 2010, Mashpee was designated a Green Community by the MA DOER. The majority of the solar energy system installed at Mashpee (94%) was placed on the roof of the two story 180,000 square foot building that houses both the High and Middle Schools. Given the size of the building, its intended use as a school, and despite being relatively new (built in 1996), the school is the largest single energy user of all the municipal properties in Mashpee.  In 2007, the Town initiated several energy efficiency measures to reduce energy consumption on site, and was able to eliminate nearly 100,000 kWh per year, but the site still consumed over 1,250,000 kWh per year at a cost of $230,000. With a need to further lower energy costs, and after much research, the Town decided to pursue more solar as the most efficient way to accomplish their budgetary goals.

The roof surfaces of the school building vary between flat and sloped. The 312 kW (DC) solar power installation on the school is an aggregate of five arrays on different sections of the roof, each tilted at 5° and facing due south. The arrays are comprised of 1,274 American made SolarWorld 245 watt monocrystaline modules mounted with both UniRac and Panel Claw technologies. Originally Mashpee wanted to install a completely ballasted array atop the school, but two of the largest roof surfaces slopped at 10° to the east and 10° to the west, which is the maximum slope allowed for a ballasted system. Once the wind uplift figures for the Cape Cod region were applied, it was determined the safest approach was to design a hybrid system. Roughly 100 strategic penetrations were made in order to decrease the amount of the ballast necessary to hold the system down, and together the weight of the system was reduced, making it load compliant with the building’s structure.

The remainder of the project consists of two 10 kW arrays installed on the roof of the Senior Center and Department of Public Works building. These smaller arrays use Yingli 230 watt modules.

The Town of Mashpee had previously purchased a 19 kW DC solar energy system for the library with cash. When looking to install this PV project (nearly 17 times larger), it was clear another financing model would need to be employed. So the town took advantage of Borrego Solar’s integrated solar financing and with a power purchase agreement (PPA), Mashpee was able to go solar for no money down.

Part of what made the economics of this PPA pencil out was the inclusion of $150,000 in the form of an Energy Efficiency & Conservation Block Grant (EECBG) that covered 10% of the overall project cost. This is in addition to the Federal 1603 grant (30% of the system cost) and the value from the sale of Solar Renewable Energy Credits (SRECs). Using projected energy prices as per the local utility, Cape Light Compact, and given this “purchase the energy not the asset” ownership structure, Mashpee will realize approximately $100,000 in energy savings during the first ten years of the PPA term, and over $1 million by the end of agreement.